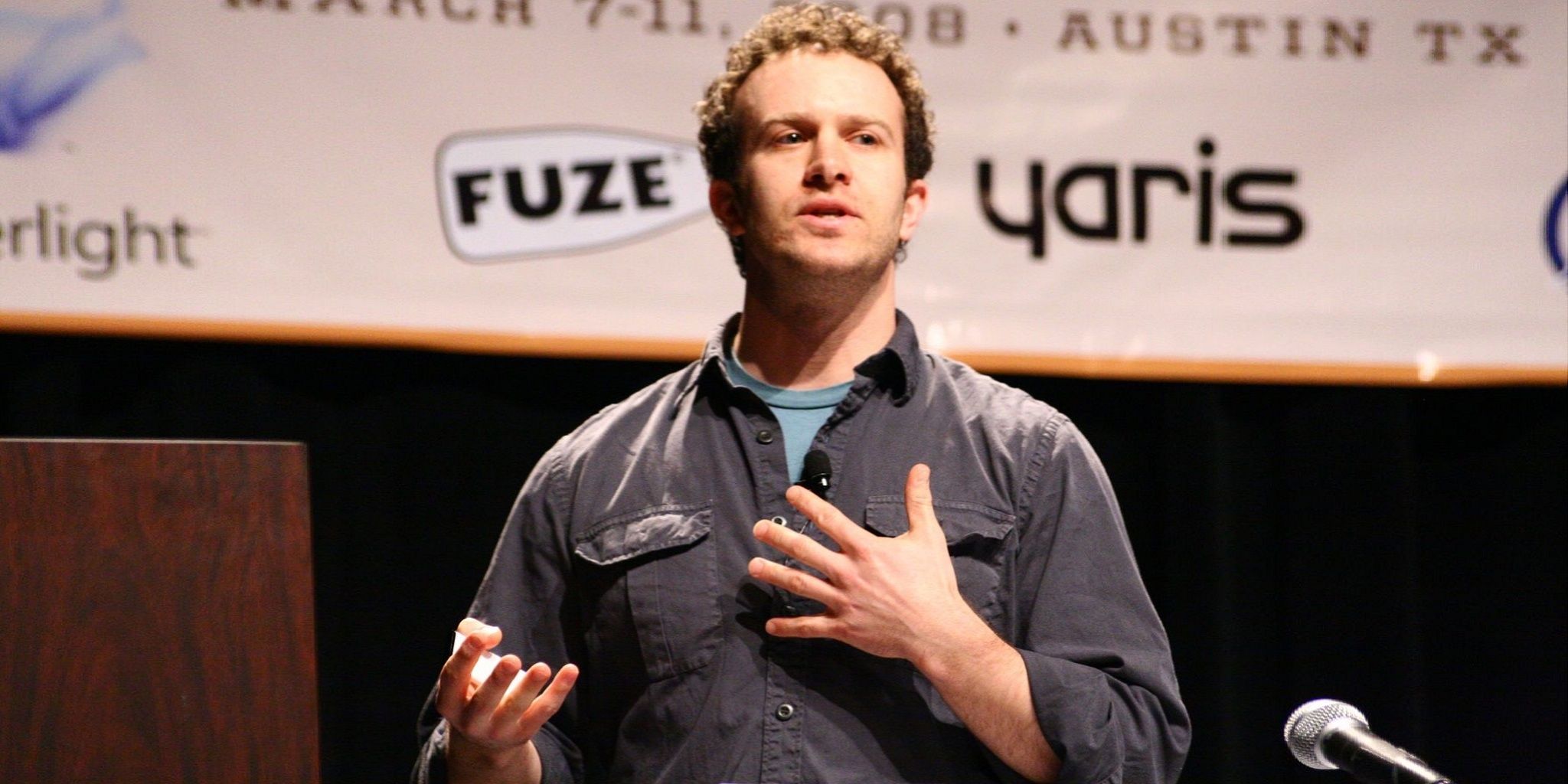 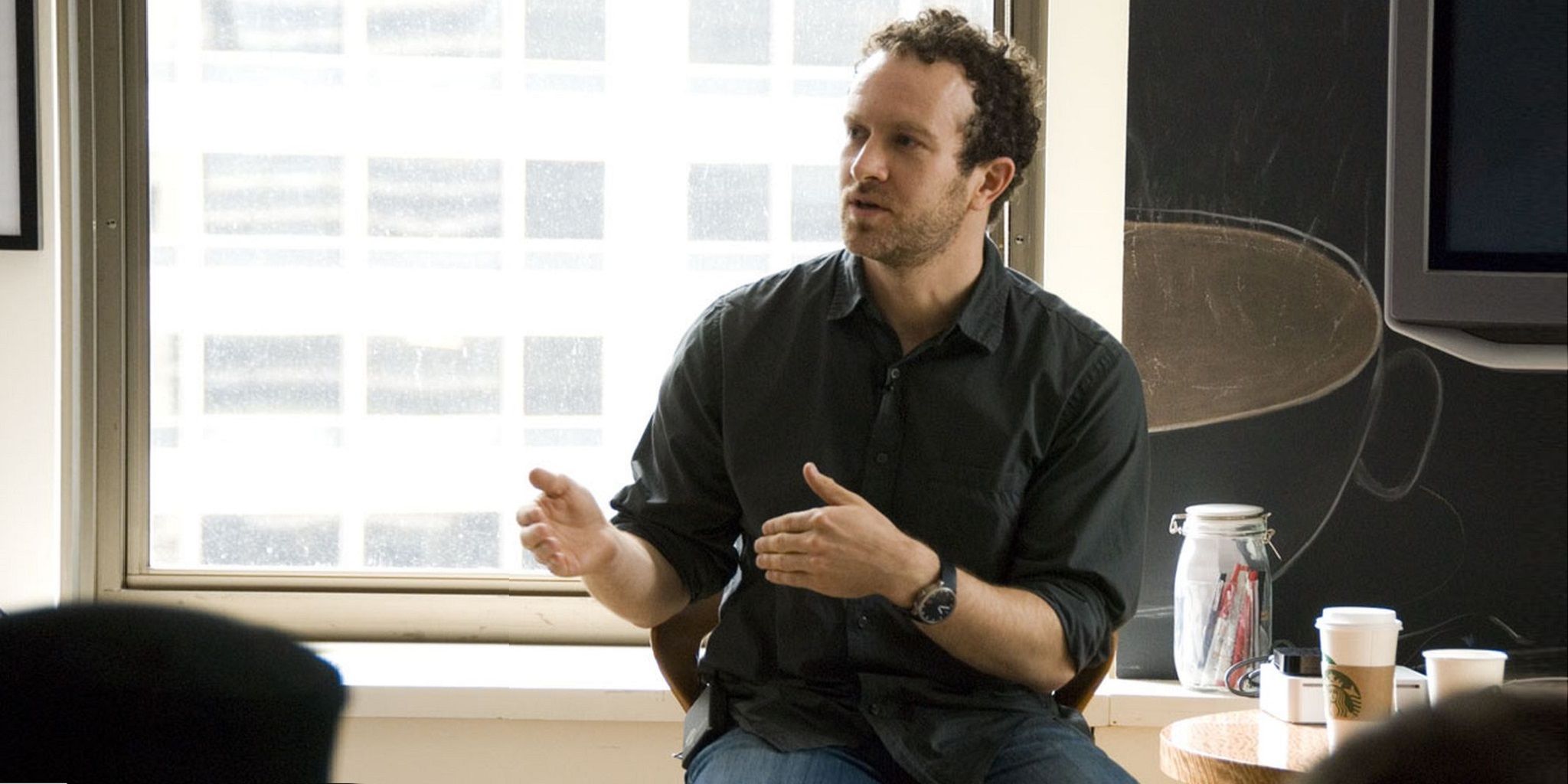 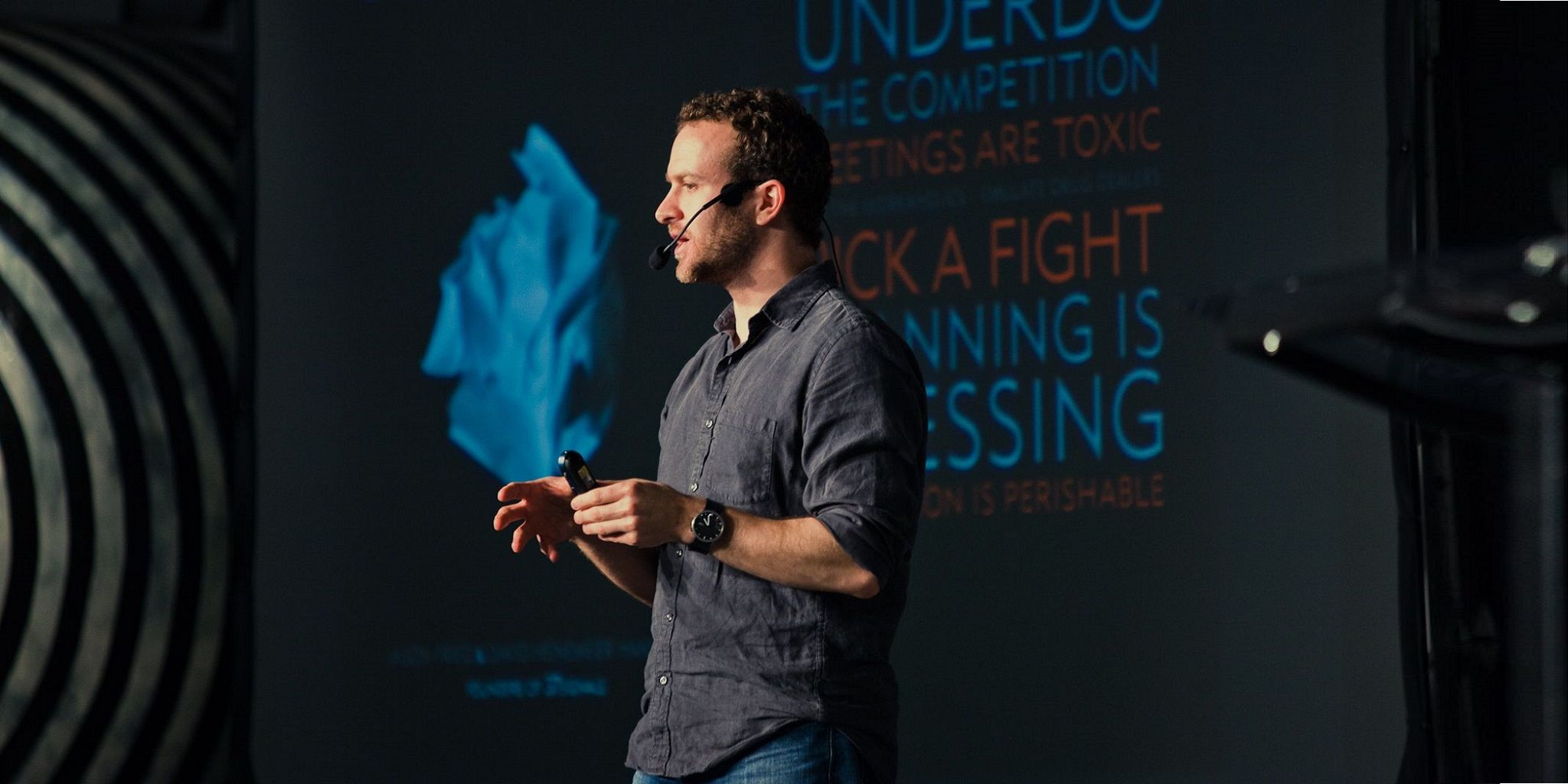 Interview with Jason Fried, the founder and CEO of 37signals

Michael Sliwinski: Tell me about your career. You started as a designer and now in your company, you’re doing web apps like Basecamp, Highrise, Backpack and Campfire. What has changed? Are you still a designer?

Jason Fried: I am. I started doing website design when I was in college. I don’t have a background in design; my background is actually in business, but I’ve always liked design and back in the mid-90’s the Internet was starting to come on, no one was any good at this stuff yet, everyone was brand new. So I’ve learned from scratch like everyone else did, and didn’t know what I was doing, I just learned. It turned out I really liked it and was really pretty good at it, so I started doing website design.

I started 37signals as a web site design company in ‘99 and we switched to making software in 2004/2005. But I’m still very much involved with design of the products. I design all the marketing sites and while I’m not as involved with the day-to-day design, I do more of the big picture stuff. I will sketch something and someone else will work on it, I might tweak it at the end. So I’m more like an editor. I set someone on the right track, they write something, they design something, I look at it and tweak it, adjust it to make sure it is good. Make it better and then we launch it.

Michael: As a president of the company, apart from the design what else do you have to deal with everyday?

Jason: Whole bunch of things. There is the general administrative stuff, you know things that come up in a business that you have to deal with… We just built our new office, so I spent 3 months there almost everyday while it was being constructed. Watching, making decisions, making tweaks, telling them this, telling them that, answering questions.

I also do the hiring of staff, thinking about new products and features ideas. Also a lot of people want to meet for lunch so I have to do that occasionally. A lot of business stuff. Every day is a little bit different…

Michael: …and there are people like me coming and asking for interviews…

Jason: Yeah, I like that. I enjoy this actually, this is fun.

Michael: So there is really no typical day? Or are they any typical parts of day that you always have?

Jason: Well, the thing that is typical for me is an Inbox. There are about 130 emails there every day. People asking questions about our products, our company, or they want some advice… so I have a lot of that to do, too. That’s about the only typical thing, everything else is based on what we are working on at the time.

Michael: Are you more of a morning person, or late night person? How would you describe yourself?

Jason: I get up early, but I feel like I’m doing most of my best work the second half of the day. And then a couple of hours before I go to sleep only to get back on and work. I just like when it is dark out, I get more work done when it is dark. I go to the office most of the time. But at night I do work from home. I leave here at 5 pm.

Michael: I wanted to ask you about the work-life balance, for example with your family. How do you balance that?

Jason: I’m not very good at it. That’s the truth, but I’ve gotten a bit better at it lately. I just used to like work a lot, not that we had a lot to do, but I just really loved it. I still do, but I have to make time for people.

You do have to be careful about this, especially when you love business. You can love people and you can love business. And if you are in love with two things it is hard to sort of figure out what gets what. And in many ways it is sort of easier to love a business, because business isn’t emotional, business doesn’t have its own needs or desires… so it is easier to love business and to not focus enough on people. It’s tough and I’m just getting better at it.

Michael: I can totally relate to that. I love my business, too. This is why my wife is always complaining about it like: “Michael, I get it. You’re really passionate about all that, but come on, we have a life here!”

Jason: It’s tricky. I mean ultimately, you just got to put people first, but it is hard sometimes.

Michael: Definitely. Now, let’s talk about Getting Things Done. Tell me which aspects of GTD actually speak to you?

Jason: So, I’m not a huge fan of systems personally. What I like about the GTD is that if forces you to really figure out what you really need to do. And this whole thing about knowing what you don’t need to do right now, like Someday/Maybe, I like that but in general I’m not a big fan of set systems as I think people are sometimes too religious about them. And they become so enamored with the system itself that they actually create more work for themselves because they have this system they want to fill up with things to do.

Jason: Yes. So the way I tend to do things is to keep in my head a few things I need to do and I sort of forget about other things, and then important things keep coming up again and I have to do this. Now this also means I miss some things sometimes. And that is not good, but I just found that I have never been able to be religious about a system and then the harder I try the less stuff I seem to get done for some reason. Because I create more and more work for myself.

If you have a bookshelf, you have to fill it with books. So if you have getting-things-done-like system you have to fill it with tasks. So sometimes you create more work for yourself then you actually have to. That’s been my experience. I like forcing myself to not keep track of everything. If I don’t have a system in place I can’t remember a lot of things, so I tend to have only few things that I need to do. I don’t have day-long list, I have short lists. So that what works for me.

Michael: You have written a book with David, called Rework. How did you come up with the idea of a book?

Jason: Well, the book has actually been writing itself for the past 10 years. We’ve been blogging for 10 years. A lot of these ideas which are started at the blog. So we didn’t set out to write a book, we set out to share and then over ten years of sharing we went back and looked over and thought: “hey we’ve got a book here probably”. We then looked at the blog and we extracted the best of what we talked about, polished it, and made it into a book. We started doing this early in 2009. It took us about 10 months or so to get the book right.

We went to our publisher and there was lots of editing back and forth. Our goal was to keep it as short as possible. This book can be easily read in just 3 hours. Most business books take you much much longer then that… days or weeks actually. I don’t feel that is a good thing, I don’t feel that a book should take that long to read. Especially, if they are about business, which is all about getting back to work. I simply want to get through this book, get the big ideas and get back to work. That’s why it is short.

The cool thing is that we took it from about 57,000 to 27,000 words. So we cut the book by half on the last draft to make it better. This is certainly my belief that if you want to make something great you have to cut it in half. You’ve got to keep it short.

Michael: Wow. Wasn’t your publisher unhappy about that?

Their first reaction was “this isn’t good, we can’t do this with this deal”, but we said “just please read the book, don’t judge it before you have read it”. They have read it and they said “We love it. We are totally on board with what you have done here and this is the right way to do this and now let’s think about how to thicken it a little bit” cause the thing about books is that people want books that are thicker on the shelf.

This is psychology. We decided to include an illustration with each essay. Which ultimately would increase the page count by about 80. We hired a talented illustrator, Mike Rhode, and now each essay has an illustration and there are 88 essays in the book. That’s how we went about thickening the book up without adding the filler words. A lot of books have a problem that about half or a third part of them is good, and then they have to fill it up with more words to make it thick. We wanted the words to be the spot on and then the graphics to add to the words.

Michael: I actually read Rework several times. I started with the audio version. Then I bought one to make notes on and now I have one with your autograph so it’s even better. The thing is I’ve talked to many people about this book and the reaction was “this is so great, it is so small, so short I’ve read it in one shot” everyone was like it was 3 hours and I was done … people just loved this concept of it being short, because the messages are straight and to the point …

Jason: Yes, there is no filler… directly to the point, each essay is a page or two long and that’s it. And you don’t need much more than that. You really don’t. This is not a book about very specific solutions, it’s a book about ideas, ways to approach problems, to think about your business and it is up to you to fill in the blanks, not up to us.

Michael: The book is a bestseller (New York Times, Amazon, etc. the whole nine yards). Congratulations. So now what? You have the web apps, you have to book, you’ve got the business running very well. So what is next for you?

I want to build the team a little bit more, I want to continue to learn, I want the team to get better. For me it’s really great to see everyone getting better all the time. That’s a real treat when I can see how people mature and take on more responsibilities. We’ll still have most of our focus on improving the products and making them integrate better and hopefully if we get the chance we’ll get these two other products done. I’m really excited about those, so we’ll see what happens.

Michael: Cool. I wish you all the best and thanks for being a part of our Productive! Magazine, Jason.

Check out one of Jason’s books written with his business partner, David Heinemeier Hansson: Remote: Office Not Required. 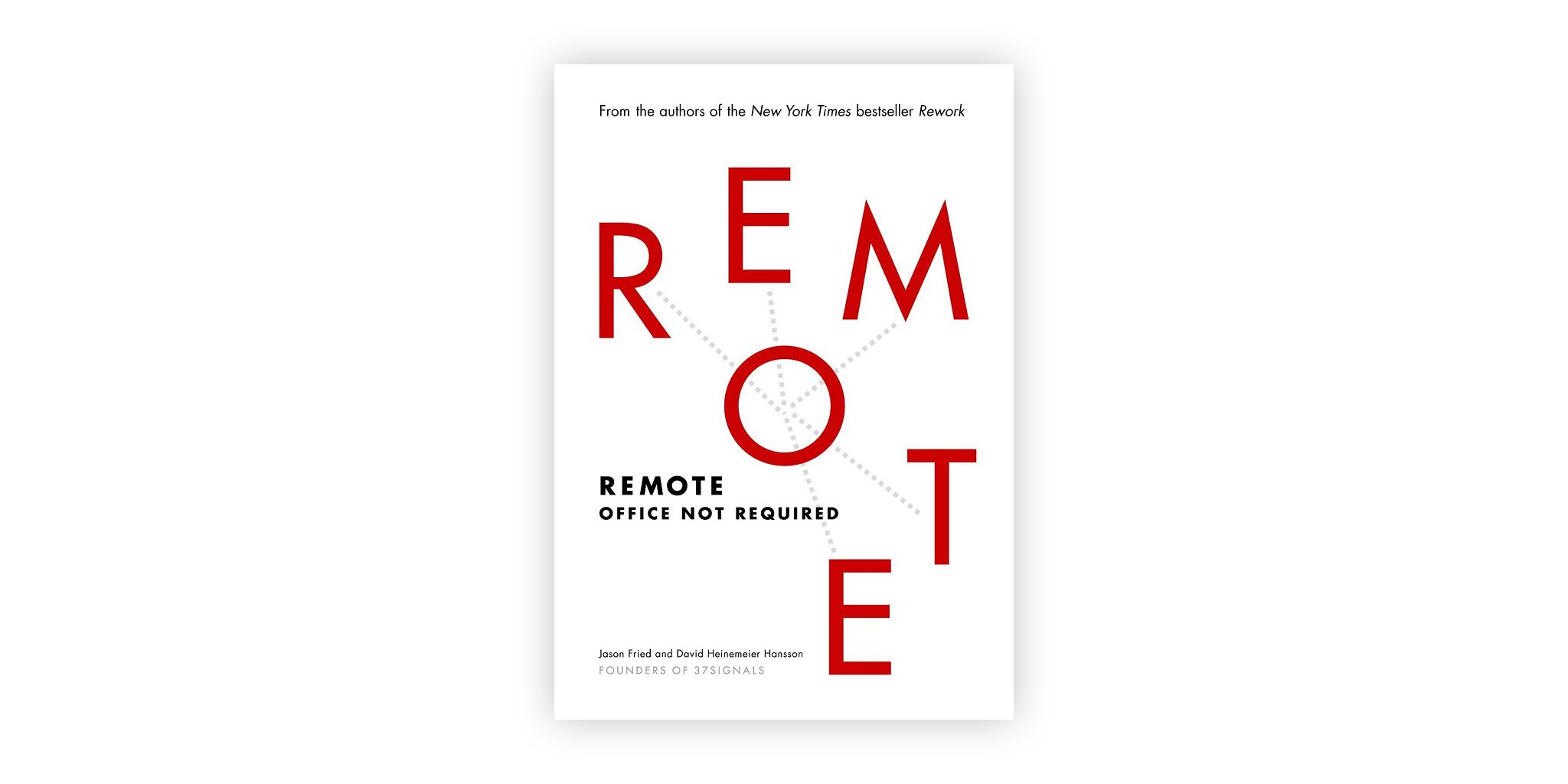 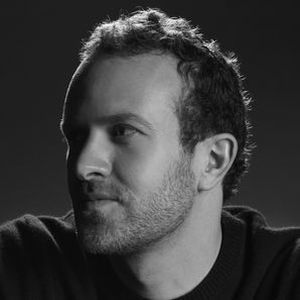 Jason Fried is the co-founder and President of 37signals. Jason believes there’s real value and beauty in the basics. Jason co-wrote all of 37signals books, and is invited to speak around the world on entrepreneurship, design, management, and software.