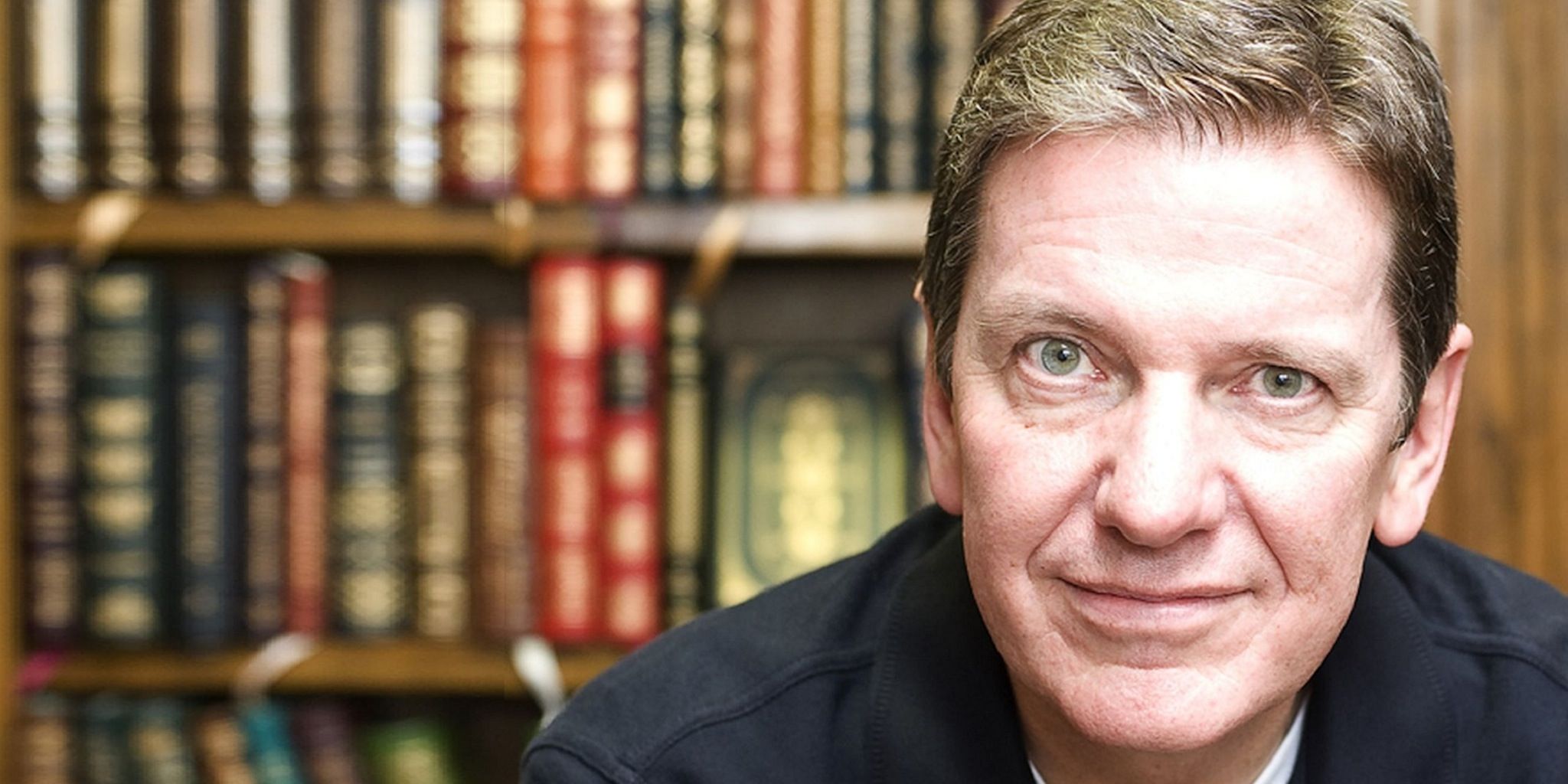 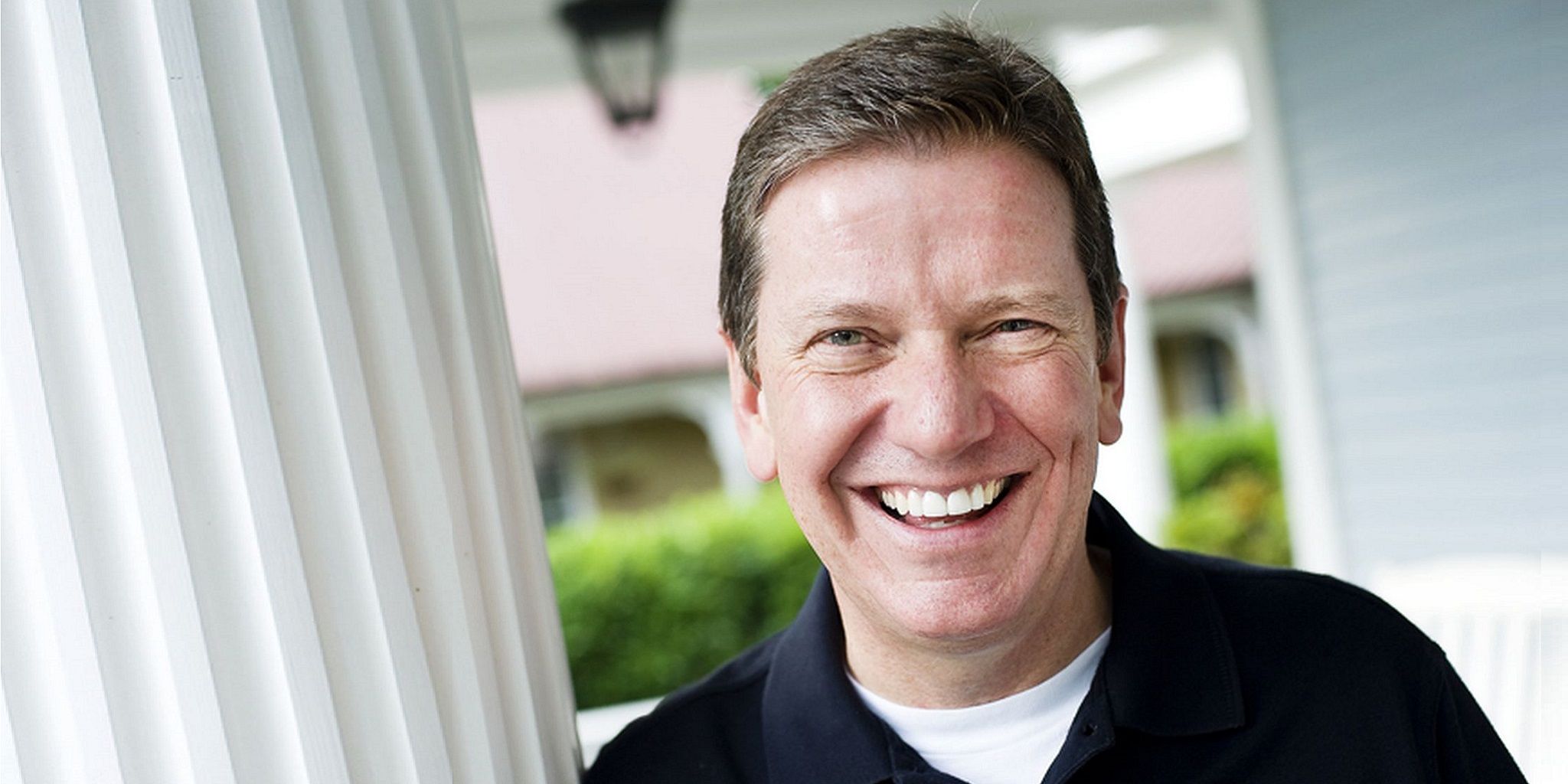 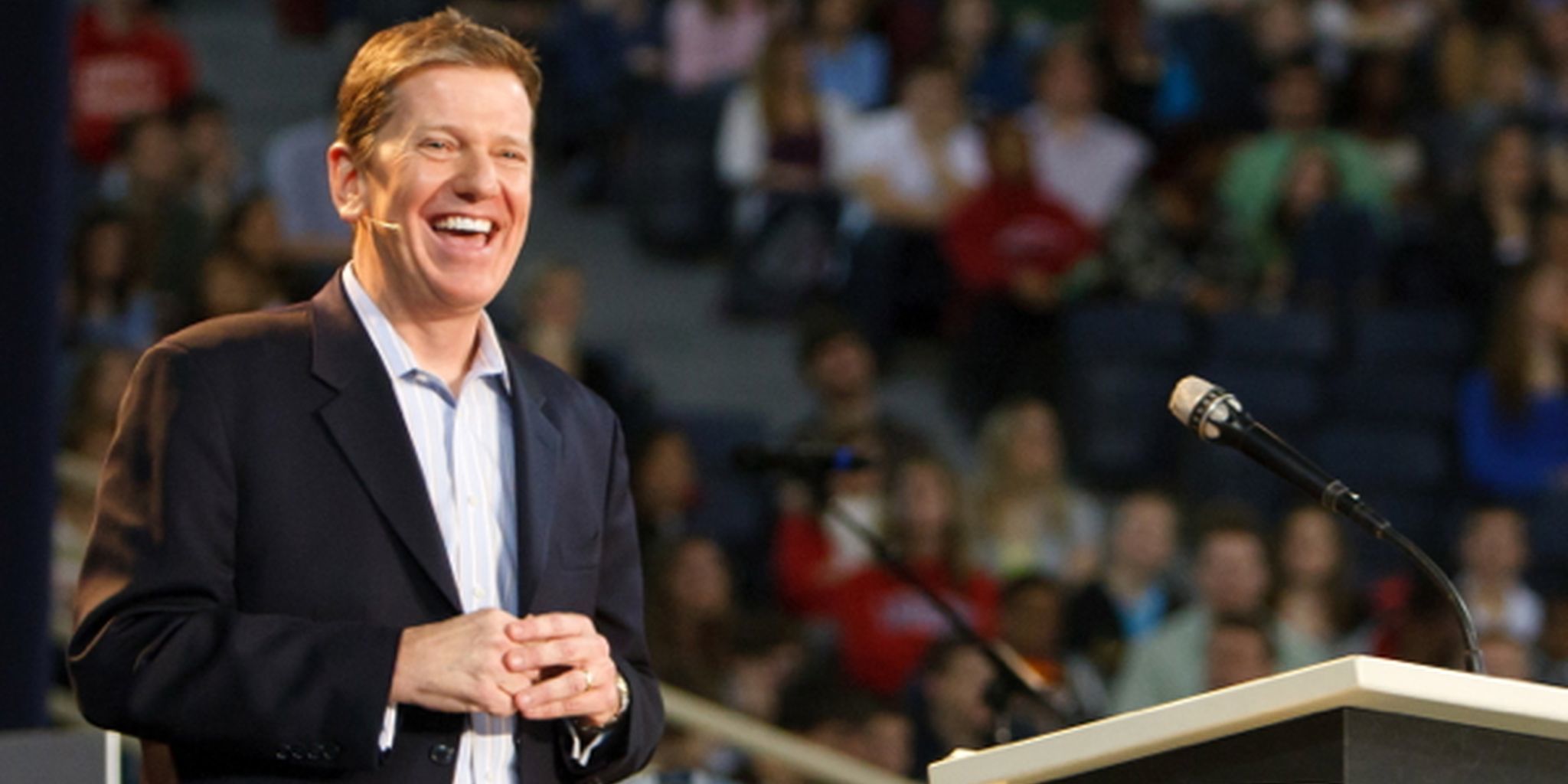 Being a responsive social leader

Michael Hyatt: Well, I think social media really represents the future. And one of my primary jobs as CEO is to network with other people that can help my company and that can help us get visibility for our products and some for our mission. I’ve also found out that social networking (in particular blogging) is a fantastic way to do that. Plus it helps me to sort through my own thinking and make sure that I understand what it is that I believe about various topics and my point of view.

Michael: And people in your company? What do they think about you being so open?

Michael Hyatt: I think they like it. I have been doing it for several years now. I’ve been blogging for about a decade and in earnest since I’ve became the president and a CEO back in 2003. So I really have been doing it for a while and really been encouraging people in my company to do it. I showed it on twitter about two and a half years ago and I really tried to encourage my people, my employees, to engage there as well as on Facebook. And I think they like it - they get direct access to me.

Michael: This magazine is about productivity so please tell me how do you make time for all this?

Michael Hyatt: I don’t really think it takes that much time. If you just take the Twitter, and I’ve run numbers on it, in fact at my blog I’ve got an article called “how long does the twittering actually take?”. And basically I spend 20 or 30 minutes a day. Usually in the morning or later on in the afternoon, as I’m reading through RSS feeds or other articles and I find something that I think will be helpful I tweet it out, or I schedule it to be twittered out later on during the day.

Blogging is a little bit more time intensive, but I usually do that in the evenings or more particularly on the weekends. But again I don’t think you can find the time for it if you see it as additional task. But if you see it as inter-goal to what you are supposed to be doing in your job, like for me as a CEO getting visibility for my company and networking, then it is easy to make time for it.

Michael: Mike, it took you years to get the to the position where you are right now (career-wise). Can you name at least 3 key factors that helped you achieve your success as a blogger and CEO of a big company?

Michael Hyatt: I would say a couple of things. One is, I think, just being humble and trying to learn from other people. I’ve experienced in addition to some early success some stupendous failures which kept me humble along the way. I tell people I have basically failed my way forward, but I think the willingness to continue to learn helped me succeed. I think also responsiveness is something that can really separate you from everybody else in today’s culture. So many people are overwhelmed with email and with other inbox chores that it takes them forever to respond. And just by responding quickly, and I really believe in David Allen’s “2 minute rule”, if you can respond quickly it can differentiate you and make you stand out from the crowd. Other then that, just the usual things and trying to be diligent, work hard, surround yourself with smart people, the usual things that you hear.

Michael: I was counting on you to mention: “responsiveness”. This is the advice you wrote back in the day of your old “working smart" blog. You said that it was your key. It got stuck in my mind, so whenever I have a backlog of emails I just schedule 2-3 hours to get back to 0.

Michael Hyatt: Yeah, it is really hugely important to do that. I get people all the time that get back to me and write “i can’t believe you got back to me so quickly”. And then I have a few people, that frankly are friends of mine, that are still way better than me. One of them is a board member and he responds almost instantly and it’s always impressive to me. I know I can always count on him and it makes me imputing him other qualities like “man you must be really smart, really sharp and really on top of his business and must really be organized”. This kind of summarizes someone being so responsive.

Michael Hyatt: I think, and I have written about this before, it’s really important to use a to-do list manager as your command center. So to begin and end the day with what it is you are setting out to accomplish. One of the things that I love about Nozbe is that it is so seamless in my work flow now. And, as I have told you, I’ve converted from another Mac program primarily because it wasn’t in a cloud. The thing I like about Nozbe is that wherever I am, if I have any kind of a device with me.. whether it is an iPhone or an iPad or my Macbook Air, I’ve got my to-do list. And this is how I really have to work. I cannot be away from my desktop and leave my to-do list behind. So I think that’s is the big secret. People have to find the right software and something that is going to follow them around everywhere, and that is what is so great about the software you’ve created, is that it does just that.

Michael: Publishing. You are a big publisher and you have published books about security in the past. Now you have a new book in the pipeline. How is it coming along?

Michael Hyatt: Yes. I’m actually working on a book about leadership right now, which has really become the focus of my blog over time. I do lead a team here at Thomas Nelson of about 500 people, and I have the opportunity everyday to make mistakes and to have a few occasional successes along the way. So I try to share what I’m learning with people, but I’m doing a book on leadership. It’s tentatively titled “Shift", because I think essentially that is what the leader’s job is - to shift people, people’s ideas, people’s perceptions, it’s all about change management. And so that’s a project I’m working on, but I probably have about 10% of the book left to write. It’s always the last 10% that is the hardest though.

Michael: We’ll keep our fingers crossed then! Now, changing the subject to your personal life — How do you combine your personal life with your busy, busy business life? You have 5 daughters, you have a wife and I know from your blog that they are very important to you. So how do you make these things connect?

Michael Hyatt: Well they are important. I think it is very difficult for people to create some kind of work-life balance, but it is entirely necessary, because if you give all of your time to your work your family eventually blows up and it has negative impact on your work. If on the other hand, you give all your time to your family you don’t work. That’s not so good for your carrier either and eventually impacts your family life. So somehow we have to maintain these things in balance. And I try to give a lot of latitude to my employees but I try to give hard boundaries to myself.

I didn’t often do this well, but for years now I’ve made a rule where I finish my work day at 6 o'clock in the evening and I leave. I leave cause I want to have a dinner with my family, and I want to spend the evening with my family. Now I may get back on the computer later on in the evening but I always make that time for them, and then on the weekends as well.

You just have to have a sustainable lifestyle. And it is not sustainable to be working 120 hours a week, every week and not give time to your own personal health, which is very important. I think your own personal intellectual state, you know, feeding yourself intellectually and spiritually and emotionally and then giving yourself to your family; I think all of this is necessary in order to have sustainability in all these different aspects of our lives.

Michael: And health. You have mentioned health. You are a runner and you love running, so how important was running and fitness to this as well?

Michael Hyatt: Well it hasn’t always been important to me. I think that when I was young I was under the mistaken notion that I would live forever. You kind of feel immortal. And then I started experiencing some chest pains in my late forties. As it turned out it was an indigestion issue and I got some medication for it. But it scared me to death and I said “I’ve got to start taking care of myself — I can’t take my health for granted" and in fact, I came to a realization, Michael, that the decisions I was making today were going to impact my quality of life later… tomorrow… maybe years from now.

So I started running. Actually, I started walking. And as I began to walk I thought, “maybe I could start jogging a little bit" and I started reading some books on running, which really motivated me … and then I got this crazy notion that I was going to run a half-marathon and I made the mistake (which actually turned out to be a good thing) of announcing on my blog that I was going to run the half-marathon and invited people to run with me. Then I was pinned into a corner, so to speak; I couldn’t back out. So I had to run it. I have now done it for years and currently close to 160 of my employees run with me, because we have made being healthy a focus throughout our whole company.

Michael: I think the gadgets help. I’ve bought myself new Nike sneakers, a new outfit and I run with Nike+ system on my iPod and the whole package is so appealing to me that I just need to run.

Michael: OK, Mike. Thank you very much for this interview. It was great having you. I’m sure our readers will be happy to stop by your blog and follow you on Twitter. Thanks Mike!

Have a look at one of Michael’s latest books: Platform: Get Noticed in a Noisy World 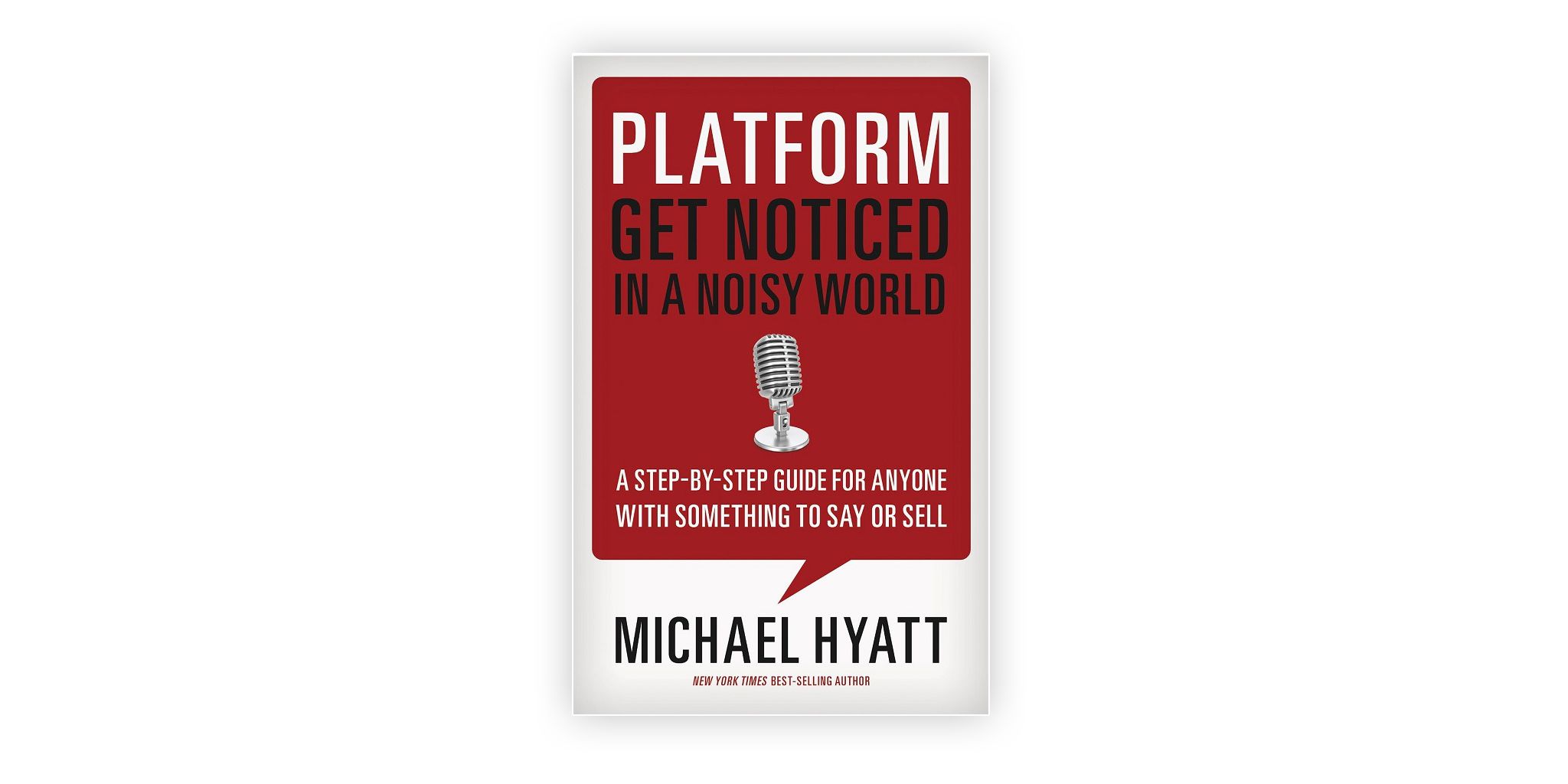 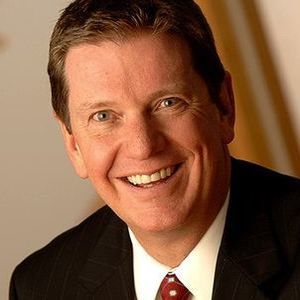 Michael Hyatt is the President and CEO of Thomas Nelson, the largest Christian publishing company in the world and the seventh largest trade book publishing company in the U.S. Michael has written four books, one of which landed on the New York Times bestseller list. Hyatt serves as Chairman of the Evangelical Christian Publishers Association (ECPA). He has been married to his wife, Gail, for twenty- eight years. They have five daughters and two grand daughters and live outside of Nashville, Tennessee.