Brainstorming to me is more of a process where you have a problem, and you try and find a solution to it, with the end goal in mind. It’s a great concept in theory–except it never happens that way for me.

It seems like whenever I really need a great idea, they are nowhere to be found. Yet when I’m doing something completely unrelated and seemingly unimportant, I’ll be floating in ideas. It’s more like my brain all of the sudden opens up and throws out a flurry of ideas, a proverbial diarrhea of the brain. Except with a good connotation, (unlike most comparisons to bowel movements). So I’ve decided to call this process Idea Dumping to kind of fuse Brainstorming and, well… the bowel thing. So if you haven’t already quit reading this article, here are my 7 tips for effective Idea Dumping.

It almost always never fails. I’ll have a great idea, I’ll think about it for a while, and never remember it again. Why? I didn’t write it down. Half of having a good idea is actually writing it down. Writing it down gives you freedom to let your mind explore it even more, because it doesn’t have to work on actually remembering it. If paper isn’t your thing, use a voice recorder, your cell phone’s voicemail, a pda, a rock and chisel… anything so that you can file it somewhere other than your brain.

2. Be descriptive when writing it down

There have also been times where I’ve written an idea down quickly, and then looked at it later and had no idea I was talking about. The more descriptive you are, the better you can get back into your train of thinking when you wrote it down, like picking up where you left off. Also, being more descriptive frees up your brain’s resources to develop the idea even further.

3. Plan for not planning on it

One problem with the way we typically brainstorm is this: it’s unnatural. We bang our heads against the wall while chanting “think, think”. If you’re like me, your brain doesn’t like to be told what to do. I’ve found that the best way to allow your mind to form ideas is when I’m doing something else. You have to be ready at anytime to jot something down. I know this point is a lot like #1, but I can’t stress it enough.

Allow yourself time to let your mind breathe and relax. I’ve found that the best times to have idea dumps are when you’re in an aesthetically pleasing environment, or at least one where you’re enjoying yourself. A lot of times the ideas start coming when I’m running, or talking a walk in nice weather. You may find yourself partial to different situations. It really doesn’t matter, just so long as what you’re doing somewhat automated and your mind can freely wander wherever it wants. In short; you’re giving yourself time to daydream.

Ok, so I realize that there will be times when you’ll actually have good ideas when you are forced into brainstorming on a certain problem. A good strategy for finding solutions to a specific problem is always thinking top down. In David Allen’s Getting Things Done, you should always start with asking yourself why you’re doing it. Why are you trying to find the solution? Why is it important? It sounds mindnumbingly simple, but it really helps you focus your thinking on the problem, rather than going off on tangents.

Once your ideas have stopped coming, be sure to organize them more coherently once you’re done. Once you’ve got them organized, break them into actionable steps ( another component to GTD). You’ll quickly realize what needs to be done next to implement your ideas, in what order, etc.

For me, notecards are my weapon of choice. I always keep a few handy, and I organize my ideas into ideas. If a project has more than one thought to it, I assign its own card. If it’s something simple like a future post title, I put it on the “catch-all” notecard that holds just quick ideas. Later I’ll take the day’s cards and process them further.

7. Know when to stop

Don’t force the issue, man! You could hurt yourself if you’re not careful. If the well of ideas has run dry, pumping it more won’t help. Don’t worry, there will be other times of plenty in terms of ideas. Ironically enough, this article was a product of 3 idea dumps, spread over a couple of weeks. 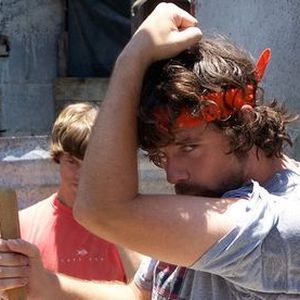 Glen Stansberry is a web developer and blogger out of Lawrence, KS. He is the co-founder of LifeRemix, a lifestyle blogging network. Glen is also the owner of LifeDev, a blog that helps creative people get stuff done.