You might think that creatives as diverse as Internet entrepreneur Jack Dorsey, industrial design firm Studio 7.5, and bestselling Japanese novelist Haruki Murakami would have little in common. In fact, the tenets that guide how they — and exceptionally productive creatives across the board — make ideas happen are incredibly similar.

1. Break the seal of hesitation.

A bias toward action is the most common trait we’ve found across the hundreds of creative professionals and entrepreneurs we’ve interviewed. While preparing properly as you start a new project is certainly valuable, it’s also easy to lose yourself in planning (and dreaming) indefinitely. We must challenge ourselves to take action sooner rather than later. The minute that you start acting (e.g. building a physical prototype, sharing a nascent concept with your community), you start getting valuable feedback that will help refine your original idea — and move forward with a more informed perspective.

When our ideas are still in our head, we tend to think big, blue sky concepts. The downside is that such thinking makes the barrier to entry — and action — quite high. To avoid “blue sky paralysis,” pare your idea down to a small, immediately executable concept. Can you trial the idea of a multi-day festival with a smaller performance series? Take an idea for a skyscraper and model it in miniature? Work out the flow of an iPhone app by sketching on paper? Once you’ve road-tested your idea on a small scale, you’ll have loads more insight on how to take it to the next level.

Trial and error is an essential part of any creative’s life. As Ze Frank says, usually when we execute an idea for the first time, it kinda sucks. The important thing is to synthesize the knowledge gained during the process to refine the idea, and create a new-and-improved version. Serial idea-makers like Jack Dorsey, Ben Kaufman, and Studio 7.5 all attest: Prototyping and iteration is key to transforming a so-so idea into a game-changing product. Rather than being discouraged by your “failures,” listen closely and learn from them. Then build a new prototype. Then do it again. Sooner or later, you’ll hit gold.

4. Create simple objectives for projects, and revisit them regularly.

When working on in-depth projects, we generate lots of new ideas along the way. This can lead to a gradual expansion of the project’s goals, or “scope creep.” This insidious habit can make it impossible to ever really complete anything. The best way to avoid it is to write down a simple statement summarizing your objective at the start of each project. (If you have collaborators, make sure there is agreement about the objective.) And then — this is the part we overlook! — revisit it regularly. When scope creep starts to happen, you’ll notice.

5. Work on your project a little bit each day.

With projects that require a serious infusion of creative juice — developing a new business plan, writing a novel, or just learning a new skill — it’s incredibly important to maintain momentum. Just as when you run everyday, the exercise gets easier and easier, the same thing happens with your brain. Stimulate it regularly each day, and those juices start to flow more freely. As Jack Cheng argues in a great blog post, “Thirty Minutes A Day”: “the important thing isn’t how much you do; it’s how often you do it.”

Part of being able to work on your project a little bit each day is carving out the time to do so. Routines can seem boring and uninspiring, but — on the contrary — they create a foundation for sparking true insight.  In his recent memoir, What I Talk About When I Talk About Running, famed Japanese author Haruki Murakami writes about how a rigorous routine — rising at 5am and going to bed at 10pm every day — is crucial to his impressive creative output. (In a side note: Alex Iskold derives a series of lessons for start-up entrepreneurs from Murakami here.)

To help manage expectations and stay motivated for year-long or even multi-year endeavors, break each project into smaller chunks that only take a few weeks or a month to complete. The dual benefit of this approach is: (1) making the project feel more manageable, and (2) providing incremental rewards throughout the project. It’s crucial to pause periodically to take stock of what has been accomplished — even if there’s a long way to go.

With projects that require a serious infusion of creative juice, it’s incredibly important to maintain momentum.

8. Prune away superfluous meetings (and their attendees).

Few activities are more of a productivity drain than meetings. If you must meet (and this should be a big “if”), make sure everyone knows what needs to be accomplished from the outset. If people are present who don’t help out with achieving that objective, let them leave. Qwest COO Teresa Taylor, recently interviewed in the NYT’s Corner Office, starts her meetings with the question, “Do we all know why we’re here?” and then follows with, “Does everyone need to be here?” To trim the runtime of internal meetings, you can also try the standing meeting.

Creative energy is not finite. Seasoned idea-makers know that they must guard their energy — and their focus — closely. Take author Jim Collins for example. His books Built to Last and Good to Great have sold millions of copies. His business acumen and insights are in demand. Yet, “even though Collins demands over $60,000 per speech, he gives fewer than 18 per year.” More than that and Collins wouldn’t have enough time to focus on the research and writing that yield those bestselling books. When you’re in execution mode, keep in mind that “unexpected opportunities” also mean distraction from the work at hand. Saying no is an essential part of the productivity equation.

10. Remember that rules — even productivity rules — are made to be broken.

Did we say develop a routine? This and other tips here should only be followed as long as they are working. If forward motion has become impossible with your current routine, try something else. Whether it’s taking a long distance trip, popping into the art museum, walking around the block, or talking to a perfect stranger, make sure you occasionally shake up your normal routine. Breaking habits offers new perspective and helps recharge us to head back into the fray. 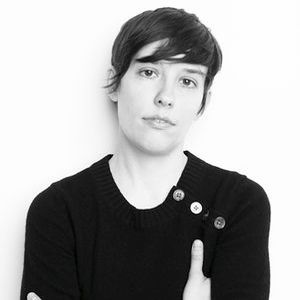 Jocelyn K. Glei is the Director of the 99%, Behance’s think tank, which focuses on what happens after inspiration, researching the forces that push ideas forward. She also regularly consults with a wide range of creative clients to assemble strategic plans — addressing concept, design, execution, workflow and staffing — to facilitate the launch and/or growth of content-driven ventures both online and in print.