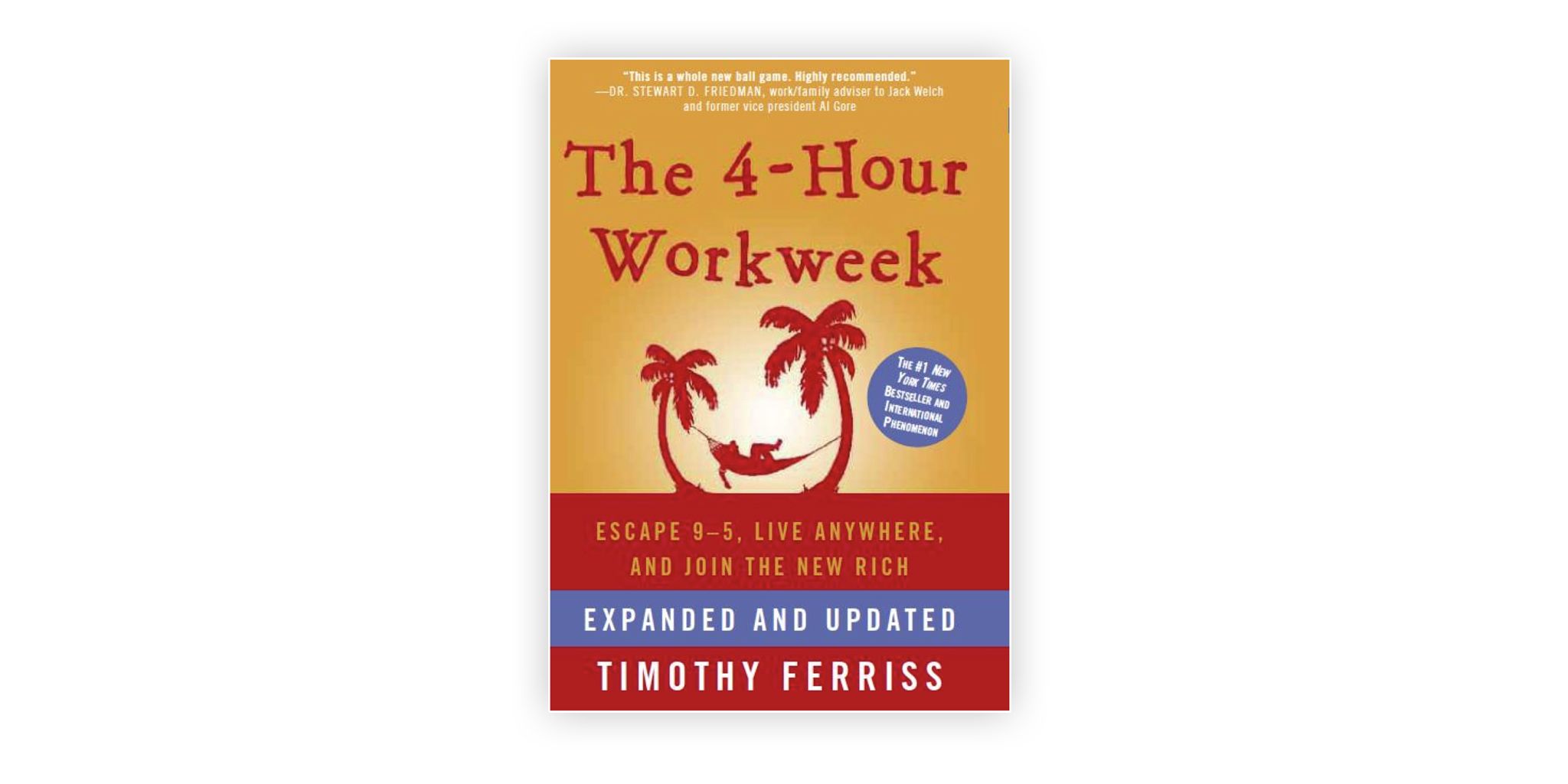 The Four-Hour Workweek in retrospect

Four-Hour Workweek author Tim Ferriss lives the dream. As far as I can tell, he coined the term “Lifestyle Design”. I read the first edition of his book shortly after it was published, and I look forward to reading the new “revised and expanded” edition at my earliest opportunity. For those of you who haven’t yet had a sip of the Kool-Aid, here’s a summary and a few thoughts. As an economist I found the book absolutely fascinating and extremely instructive. I hope you agree.

One of his most important contributions is philosophical, yet practical. Ferriss asks how we would live if retirement weren’t an option and suggests what economists will instantly recognize as a pattern of consumption-smoothing. Ferriss trades off future income for present satisfaction in the form of “mini-retirements” and suggests taking time now, while we’re young enough to enjoy it. Mixing labor and leisure rather than bringing on either can probably raise our lifetime satisfaction levels.

Let’s dwell on this. First, he isn’t being short-sighted. He is recognizing an important tradeoff. Second, he isn’t giving us an airy exhortation to stop and smell the flowers. Rather, he’s offering a concrete examination of what it means to really live. Finally, he isn’t lazy. Far from it: Ferriss packs a lot of living into the 164 hours every week when he isn’t working.

Every business or personal development book worth its salt comes with a clever acronym. This book is no different. On pages 10-11, Ferriss offers his program for a New DEAL. Definition, Elimination, Automation, and Liberation as the keys to his system. There is a certain ruthlessness about the whole thing that is oddly refreshing. He has said before in an interview that he abhors sloth, and you can tell from the way he writes the book. He is ferocious about guarding his time and making absolutely certain that none of it is wasted. He summarizes this on page 32: “(d)oing less meaningless work, so that you can focus on things of greater personal importance, is not laziness.”

The first element of his program is “Definition.” Here is where the process will resonate with devotees of David Allen and Getting Things Done. Exploration is fun, but there are a lot of projects out there that take more time and energy than they’re worth. Before making a commitment, we should always ask “what is the desired outcome that makes all the effort worthwhile?” (p. 51).

The second part of his program is “Elimination.” Here is where things get really interesting, and I especially enjoyed something that is near and dear to my economist’s heart: his application of Pareto’s Rule, which suggests that 80% of output comes from 20% of input. It’s very easy to hide behind a “busy” screen–I know I certainly have–but often the things with which we are busy are, at best, unproductive and at worst, counterproductive.

So what should we do? Once again, Ferriss suggests that we think hard about what we’re doing and eliminate projects of relatively low yield in order to focus on projects of relatively high yield. In Ferriss’s case, he saw that most of his revenue was coming from a few customers, while the bulk of his customers provided a lot of headaches and very little in return. He was able to improve his effectiveness by focusing his attention on the good customers and cutting the bad customers loose.

It’s easy to just be “busy,” but busyness is not necessarily correlated with production. Ferriss notes that it is often the very opposite: “(b)eing busy is a form of laziness — lazy thinking and indiscriminate action” (p. 73). To address this, Ferriss proposes a useful thought experiment, asking what one would do if you had a heart attack and could only work for two hours a day. Or for two hours a week. This brings the relevant trade-offs into high relief.

It’s deceptively easy to go from task to task without doing anything important. Thus, Ferriss suggests a “low-information diet” based on the fact that “(m)ost information is time consuming, negative, irrelevant to your goals, and outside of your influence” (p. 83). Deciding what does and what does not need to be known is a skill that takes time to acquire but that pays high dividends in the form of (again) time to do things that we find useful and interesting. Further, information differs from knowledge. It is one thing to know facts. It is quite another to know how to use them. “Selective ignorance” allows you to filter your information input and ensure that only the really important stuff gets through.

He doesn’t use this terminology specifically, but Ferriss recognizes the irrelevance of sunk costs when he exhorts us to “Practice the art of nonfinishing” (p. 88). Just because you start something doesn’t mean you should finish it. This runs directly counter to that noble advice we’ve always gotten about finishing what we start and it doesn’t apply if it involves leaving someone in the lurch. A better habit would be to avoid starting things that aren’t going to be worth finishing. Obviously, there is no way to know for certain which things these are, but it is worth trying to find out and to be diligent about making sure that something will be worth finishing before you agree to get involved. In the best-case scenario, you develop the habit of only starting things that are worth starting and then finishing them in a way that exceeds people’s expectations.

Ferriss’s program complements other organizational programs like Getting Things Done and Seven Habits of Highly Effective People. Ferriss encourages a certain ruthlessness in deciding what and what not to do, discussing three kinds of tasks that get in the way of effectiveness: “time wasters,” “time consumers,” and “empowerment failures”.

The third of these is important in any organization. “Empowerment” is a popular buzzword, but sometimes it fails to go beyond the buzzword stage. Empowerment that aligns people’s costs and benefits with the decisions they are supposed to make is meaningful. We are surrounded by competent, intelligent people, and we need to be diligent about training them to make independent decisions.

Everything that comes across your desk will fall into one of three categories: things you should do, things someone else should do, and things no one should do. On page 122, Ferriss argues that “…unless something is well-defined and important, no one should do it.” This stands in contrast to our normal ways of doing things. Deciding who should do something is a convenient rationale for meetings, but meetings are a fantastic way to waste time; Ferriss points out that “(m)eetings should only be held to make decisions about a pre-defined solution, not to define the problem” (p. 98). This is precisely the last thing we should do, but it provides an example of what happens when responsibilities are poorly defined.

The third aspect of Ferriss’s DEAL is automation. Stuff has been defined, that which can be eliminated has been eliminated, and now it is time to automate what can be automated. Here he offers an important piece of advice and an important principle about organizational effectiveness. “Never automate something that can be eliminated, and never delegate something that can be automated or streamlined” (p. 122). He further notes that “(u)sing people to leverage a refined process multiplies production; using people as a solution to a poor process multiplies problems” (p. 122).

His last element is what he calls “liberation.” The Four-Hour Workweek is a great book for the twenty-first century because this is a time that is by all measures historically unique. People have more discretionary time than ever before, and our social capital infrastructure is so far poorly-equipped to handle it. We can stop and smell roses, or we can write that book we always wanted to write, or we can…you name it. Our ancestors had no such luxury, as Deirdre McCloskey points out in her ongoing series of books on The Bourgeois Era: extremely low productivity meant that almost every waking hour had to be devoted to producing enough calories to stave off death.

Thinking and choosing are difficult and sometimes unpleasant. The long-run benefits outweigh the short-run costs, however, and this is one of the core messages of The Four-Hour Workweek. Tim Ferriss offers a handy step-by-step guide to lifestyle design and to having what we want out of our short time on this rock. It’s worth at least one reading — probably two, or maybe three — because it lays out principles and practices that bring us closer to the dream, whatever that dream may be. 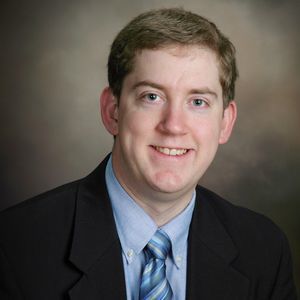 Art Carden is Assistant Professor of Economics and Business at Rhodes College in Memphis, TN and an Adjunct Fellow with the Oakland, CAbased Independent Institute. He is a regular contributor to Lifehack.org and Division of Labour.