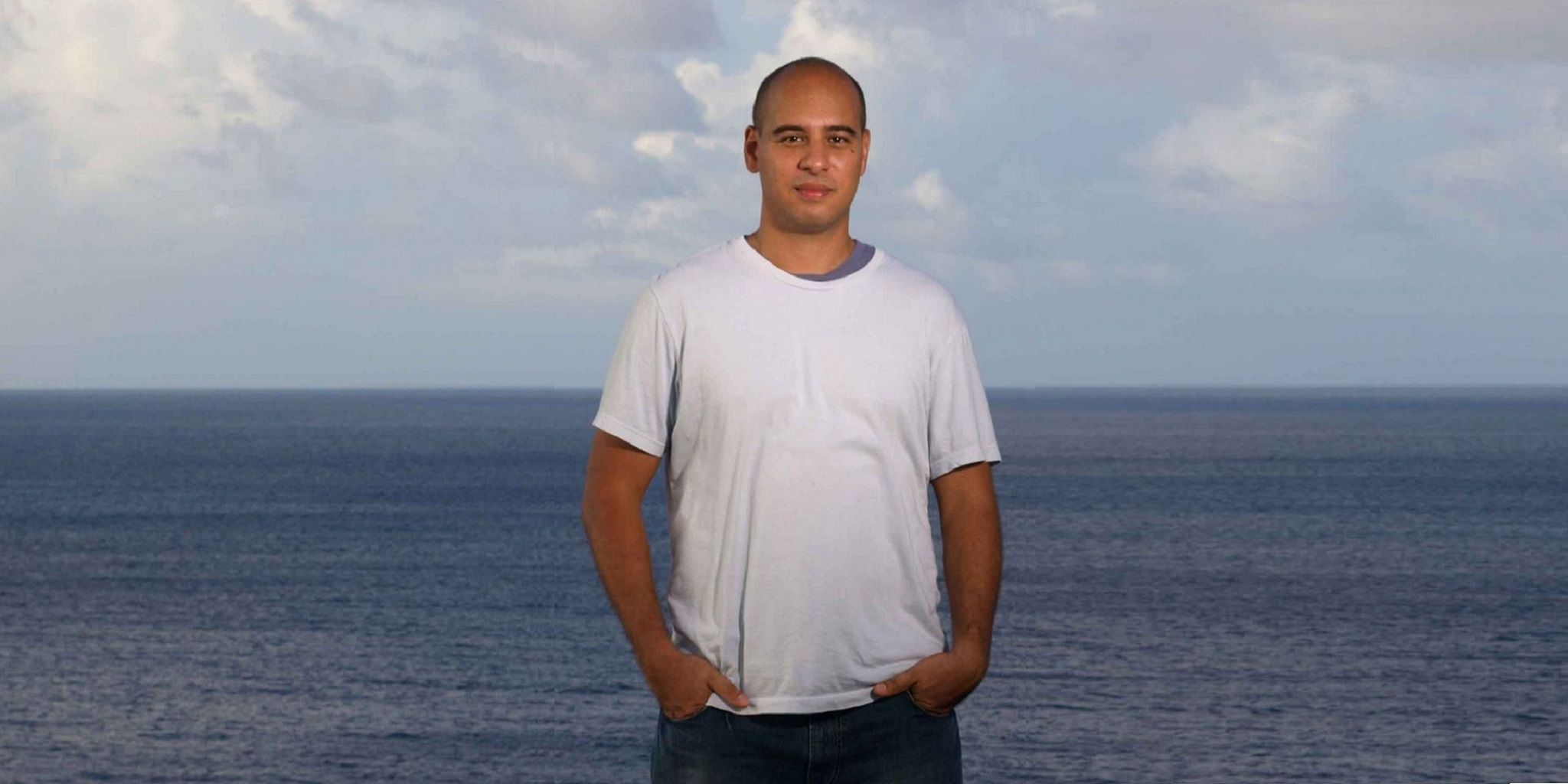 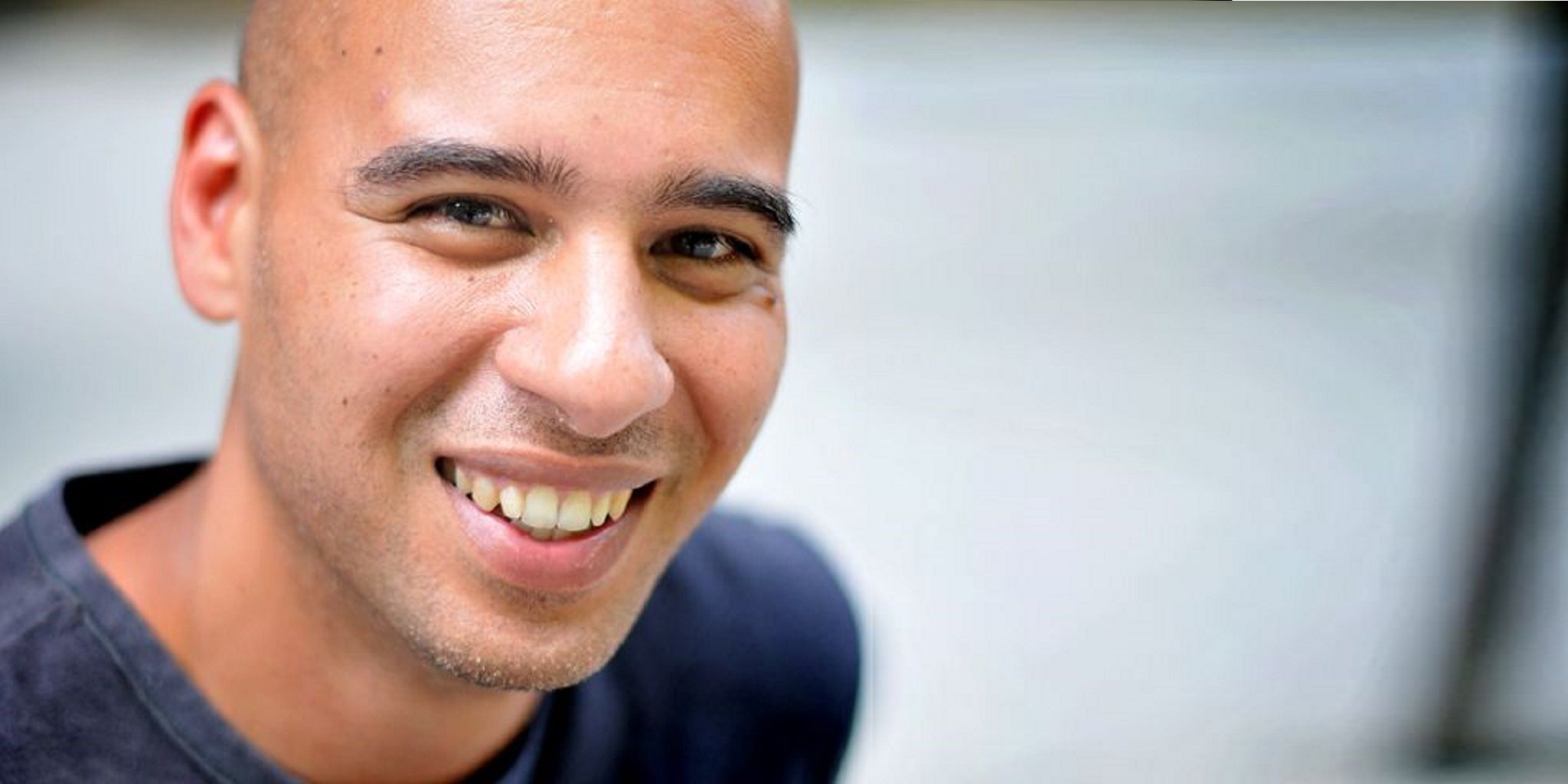 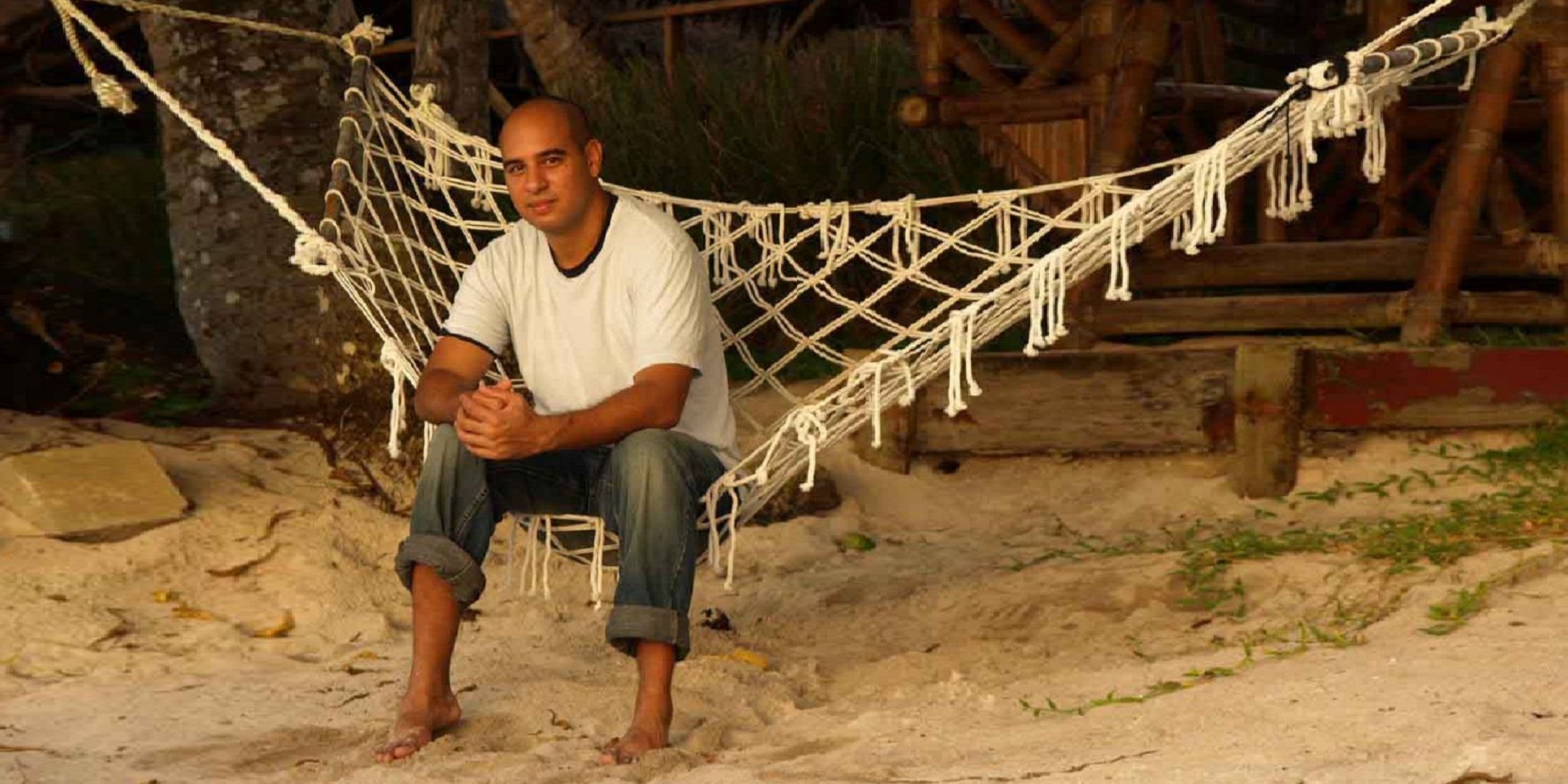 Michael Sliwinski: Let’s start with your blog — you launched it about the same time I launched Nozbe (early 2007) and I’ve been tracking it from the beginning and the growth over 2007 has been incredible, from just a couple of hundred of subscribers to tens of thousands by the end of the year, how did you do it? What were the key components to your success?

Leo Babauta: The main thing I’ve done is try to produce extremely useful posts, perhaps 4—5 times a week. I experimented a lot by doing different types of posts and posting schedules, and I’ve found what’s optimal for my readers, for growth, and for my schedule. The key part of this strategy is giving away really useful content that solves readers’ problems. If you keep doing that, they’ll keep coming back, and once you get a decent reader base these types of useful posts also tend to get popular on social media sites such as delicious, stumbleupon, digg and twitter.

Of course, you have to let people know you’re out there, so my second winning strategy has been to write as many guest posts as possible. When you write a guest post for another blog, preferably one that has a lot of the type of readers you’re going after, you’ll reach a lot of new readers and you’ll show them just how great your content is. Then they’ll go to your site, and if you’ve created a lot of great content there too, they’re likely to subscribe.

I’ve tried other strategies as well, but these two strategies are what have been most effective for me.

Michael: Your blog is more than 2 years online now and it’s one of the top blogs on the Internet (not just among productivity blogs), I see you’ve changed your design to be more “zen” like, what is your next step? Next action? What plans do you have for your blog this year and beyond?

Leo: I don’t really plan too far ahead — when I do that, the plans tend to fall apart. I prefer to just focus on what I’m doing right now and see what opportunities come up, going with the flow as it were.

I’m really enjoying how things are going with Zen Habits right now, and I don’t have plans to “improve” the blog. I hope to keep writing about this stuff and having fun doing it. However, I’m working right now on a couple of seminars to help people achieve their goals — similar to what I’m doing on the blog, but more hands on.

Michael: Your book, “The Power of Less: The Fine Art of Limiting Yourself to the Essential…in Business and in Life” has become a bestseller, when did you manage to write it and what did the process look like? Was it hard to get the book published? Did the success of your e-books help? What would you advise wannabe-authors based on your experience?

Leo: I tell you, it’s tough to write a book and run a busy blog at the same time. The next time I do it, I will probably set up a bunch of posts in advance and take 2—3 week “vacations” to focus on the book writing.

I tried to do both at the same time and I had a difficult time. I would write my book in the morning and then do blog things in the late morning and afternoon. Sometimes I’d get lazy with one or the other and they’d suffer. :)

Surprisingly, it wasn’t hard to get published — what really helped was that my blog was finding some amazing success, really resonating with readers. As a result I had some agents and publishers approach me about doing a book on similar topics, and I jumped at the chance.

I’d advise potential authors to build up a blog, and find a topic and angle that is different from whatever else is out there — something that really resonates with you personally, and with your readers. That’s what worked for me, and once I found some success, it was an easy sell to publish the book.

Michael: I know from your blog that you’re an early riser and you’re waking up at crazy 4.30 am. What do you do that early in the morning? What does your morning look like?

Leo: I really love the early morning hours — a time when most of the world around me is asleep, when I can enjoy the quiet and read or meditate or exercise or write, and really focus.

My morning routine changes frequently, as I like to change things up. Also, I should note that I wake at different times — sometimes 4 a.m., sometimes 4:30 or 5, sometimes as late as 6 or 7 if I stayed up late for some reason. Right now, my morning routine is: wake, have coffee and read, meditate (sometimes) and give gratitude, write, exercise, then do email and Twitter, then write again.

Michael: I’m struggling to become an early riser myself but I always fail (after several attempts). The main problem is family support (lack of it - my wife likes to stay up late) and even if I do wake up early, I struggle to get anything done, I’m sleepy… can you help?

Leo: It’s tough if your spouse doesn’t support you, or if you have different sleeping schedules. It’s really important that you enlist her help, tell her what you want to do and why and ask for her to help you succeed. She shouldn’t have to change her pattern, but maybe she can help you somehow.

As for being sleepy when you awake … what helps me is adjusting gradually, by waking (say) 15 minutes earlier until I adjust to that, and then another 15 minutes earlier and so on. If I’m really sleepy, it helps to get some coffee in me and have a gradual period where I wake up and read and allow my mind to activate before trying to work. Also, getting to bed earlier helps.

Michael: Talking about your family life, you have a house full of people, wife and six kids — I have just one daughter and she is a very lovely distraction, but I sometimes struggle to get anything done because of her (or thanks to her!) If you write from home, how do you mange to get stuff done and separate family life and professional life?

Leo: Waking early is the first thing I do — I let my wife and kids sleep in and that allows me to get my most important work done while the house is still quiet.

When the house is nosier, I do things that don’t require as much concentration, such as email or Twitter. I’m also good at getting into a zone and tuning out the noises. Also, I’m lucky to have a wife who is very good at helping me to focus by getting the kids to quiet down or play or do schoolwork in their rooms.

Finally, I like to get out of the house, if not every day then several times a week, by walking to a coffee shop and really allowing myself to focus on writing for a couple hours.

Michael: My application, Nozbe, was initially inspired by the GTD - Getting Things Done method by David Allen and I’m a long-time GTD advocate. You seem to have come up with a derivative method called ZTD - Zen To Done. How does it differ from GTD and why is this method superior in your view?

Leo: Zen To Done was conceived as a way to take the most useful concepts of GTD but address some of the main problems I and others found while implementing GTD: that it’s hard to stay on the system for long, that things tend to stay complicated even if you’re organized, that the system doesn’t distinguish between what’s important and what’s not.

I combined some of the best concepts of GTD with principles from Stephen Covey as well as my own philosophy of simplifying and forming new habits. Zen To Done shows you how to form new habits, one at a time, which habits are most important, how to simplify, and how to focus on the important.

Zen To Done isn’t necessarily superior to GTD, but it’s an alternative for people like me who have a hard time implementing the entire system at once, who want to find simplicity in a complicated life, who want to focus on the important things rather than everything that comes at us.

Michael: Can you share with our readers your best productivity tricks? Tricks that keep on helping you be productive and that you wouldn’t live without? Things that keep on coming and make the difference? Anything?

Leo: Sure — there are many things I’ve shared on Zen Habits and in my book, ‘The Power of Less’, but here are three simple tips that really work for me:

Michael: You live on a small island of Guam but now with the success of your blog and book, you’ve travelled “virtually” to every corner of the planet. Do you plan to do any travels physically as well? Any plans for the future? After all, your job of writing can be done anywhere there is a laptop and an Internet connection.

Leo: I went a good 6-7 years without travelling, as I was trying to live more frugally. However, now that I’ve eliminated my debt, I’ve travelled to a few places in the last year or so: Thailand, Hawaii and Japan. I loved those places. I hope to visit the States soon — definitely the West Coast, where I have family, but if I can visit the East Coast and places in between while I’m in the States, that would be great. And Europe has always been a dream of mine — I hope to go there in the next year or two.

Michael: OK, now that your book is a bestseller, is there going to be a sequel? Or a completely new book? Any early scoop to the Productive Magazine readers?

Leo: I’ve been doing some soul-searching, trying to figure this out. Part of me wants to write a second book in a similar vein to the first book — productivity methods simplified, but to add a whole new dimension to it. But a deeper part of me wants to move away from productivity and talk about simplicity, about living a life of less, about living a more sustainable life, about finding true happiness. In the end I will probably let my readers decide for me. :)

Have a look at one of Leo’s books: The Power of Less: The Fine Art of Limiting Yourself to the Essential…in Business and in Life 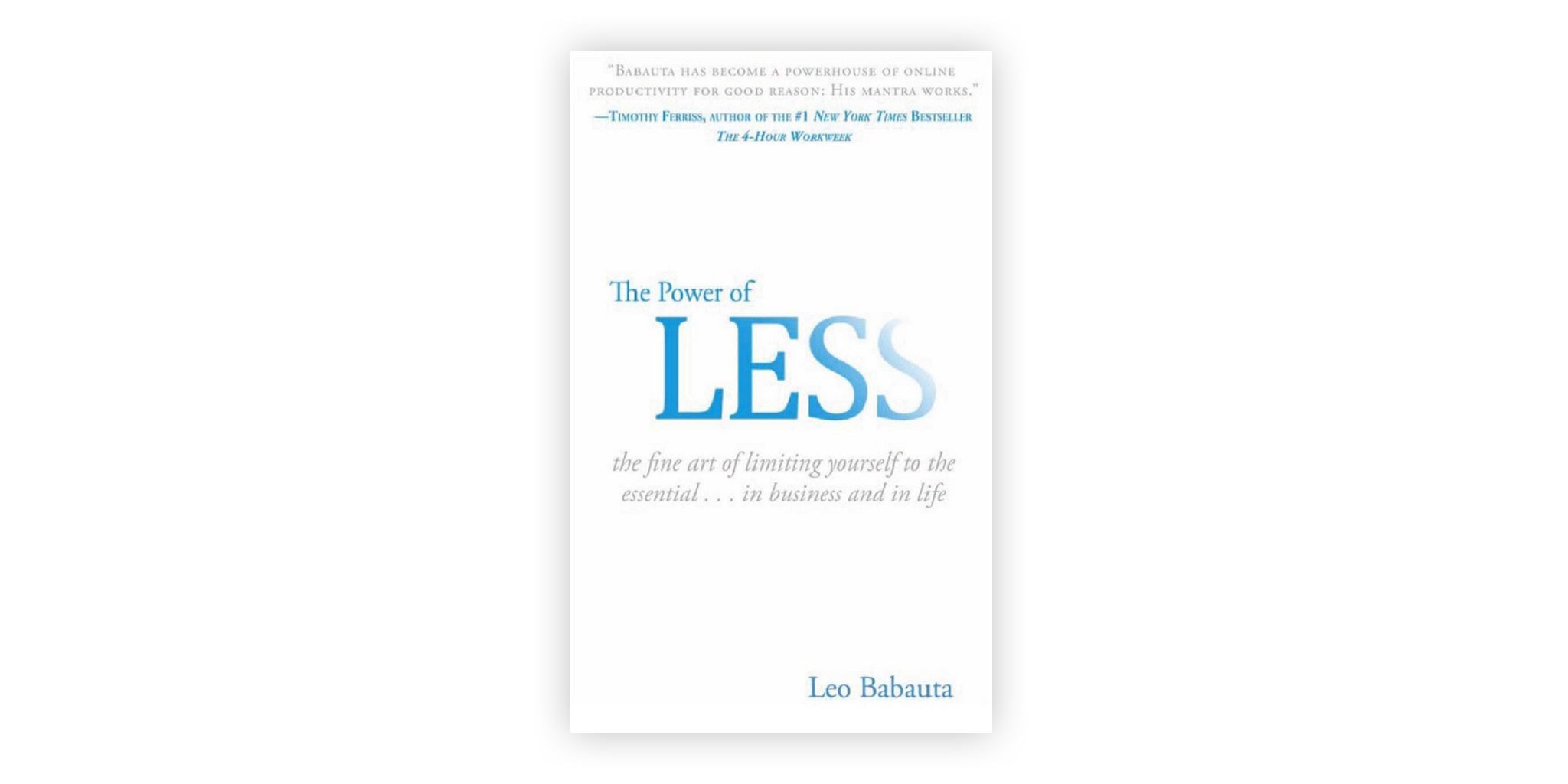 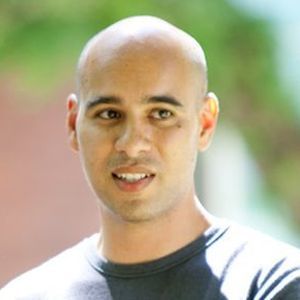 Leo Babauta lives in Guam (soon moving to San Francisco) and is married with six kids. He’s a writer and a runner and a vegetarian and he loves writing Zen Habits — his blog that in a couple of years became one of the top blogs on the Internet with 100K+ readers subscribed and counting. He’s a published author of a bestselling book „Power of Less”