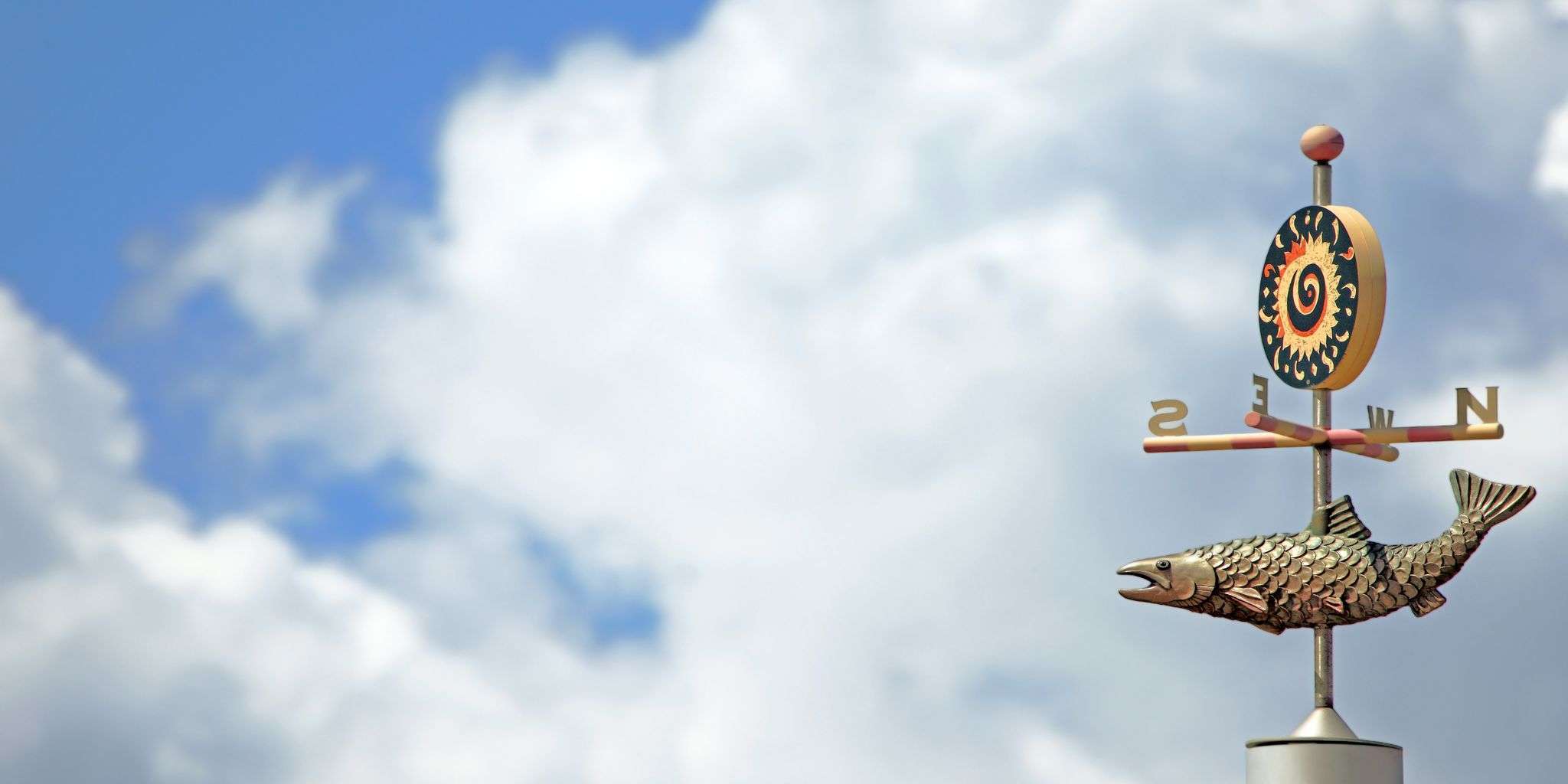 In recent years, I’ve watched with great interest as business leadership has evolved. Managerial roles have changed to a surprising extent, mostly to match new technology and social reality, as leaders have grown more and more like those they oversee — and vice versa. No longer are leaders on a completely different plane from their team members in most industries; now there’s more of a continuum from one to the other.

Of course, there have always been those who have occupied unusual in-between positions, like foremen and low-level managers. But now more than ever, workers on the white-collar front lines are taking ownership of their jobs and realizing that, in many cases, they not only have the power but the duty to take the initiative and advance their organization’s strategy.

As I point out in my upcoming book Doing the Right Things Right: How The Effective Executive Spends Time (due from Berrett-Koehler Publishers in early 2016), an executive is anyone who executes strategy. This may seem painfully obvious, but the fact remains that until recently, few people who weren’t already division or department heads, VPs, or C-suite members would ever dare to take any strategic action without specific permission to do so. Hence, executives were by definition limited to high-level decision makers. But today, front-line managers, low level go-getters, and rising stars are just as likely to grab the reins whenever they’re flapping loose and execute strategy that benefits their teams.

It makes sense to explain to each worker their value to the team, and how their contributions move the company toward its goals. Each worker has to better understand what those goals are, so managers have increasingly begun to model transparency for organizational objectives. As a result, the workers feel more trusted and valuable, so they’re more likely to take the initiative, to learn all aspects of their jobs, and to donate discretionary time to their work. They want to be proud of what they do for a living. When leadership acknowledges and highlights your contributions, it’s much easier to be proud than when they don’t.

In a non-punitive environment where leaders allow trying and making mistakes, workers may also try their hand at strategic execution in situations where they have to strike when the iron is hot and can’t wait for permission. In my work on execution, I’ve perceived a kind of continuum I feel underlines effective execution, whoever does it. My equation for what I refer to as “the Execution Continuum” goes like this:

These elements are all necessary, solid, and measurable — though not always visible to the outsider. But the team leader must understand each part of this equation, so he or she can control it and channel the team’s energy in the right direction. Here’s an in-depth view of each component, and how they fit together.

1. Core Values form the bedrock of the organization: they represent the standards that hold it steady and support the entire structure. Such values can include anything from a determination to serve the customer in the highest possible way to a belief that Sunday should be a day of rest.

2. Mission/Vision. These represent the organization’s foundation. Together, they summarize, in a few lines, the company’s purpose for existence and what it does to achieve that purpose. Ideally, Core Values influence the Mission and Vision, though the bedrock doesn’t always have to be in place before the company lays its foundation.

3. Goal. A goal is something you want to accomplish, based on your Mission and Vision. It provides a target for the company or team to shoot for. Consider it the how to the Mission/Vision’s why.

4. Strategy is the methodology used to achieve a goal, often based on a long-term plan. Different teams within an organization may have different strategies that dovetail to form an overall strategy for fulfilling a goal, such as selling a product or service. When you fully inform all team members of a particular strategy, they can work together more effectively to achieve it, and to align their efforts with the rest of the organization.

5. Tactics represent the things you do to achieve your overall strategy. For example, taking a cab to the airport may be a tactic that’s part of a strategy to get to New York, or hiring a new coder may be part of a strategy of increasing your productivity as you work toward completing a new software application.

6. Execution represents the implementation of strategy, and the adjustments necessary to make it fit reality — the endpoint of the Execution Continuum. It’s the actual “doing” part of the EC, the successful release of the program, product, service, or initiative.

Nowadays, the pace of work has accelerated to the point where the new normal is to collapse the EC from Goal to Execution. Strategy and Tactics aren’t much more than blips on the way. I feel this is a natural result of the decay of long-term strategy. Much like radioactive isotopes, execution strategies have half-lives… and in recent years, we’ve been forced to accept that those half-lives are now a fraction of their former length. In some cases, a three- to five-year strategy will still work for a while; but as time goes on, more and more of the plan will fall apart. No plan survives contact with reality for very long.

Smart organizations update their plans frequently — sometimes as often as every year, or even every other quarter. In order to stay relevant, they have no choice but to employ any strategy necessary, and use whatever tactics come to hand to accomplish it. Going forward, this will become the standard for successful organizations. They have no choice but to speed up the EC, and to put it at least partly into the hands of anyone in a position to execute it for the organization’s best benefit — whether on the front lines or in the boardroom. 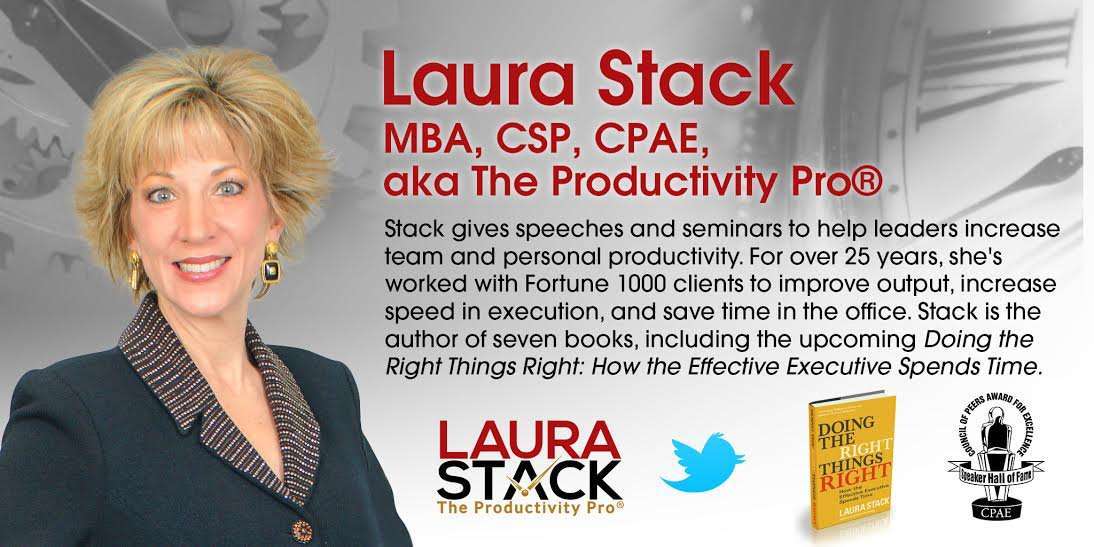 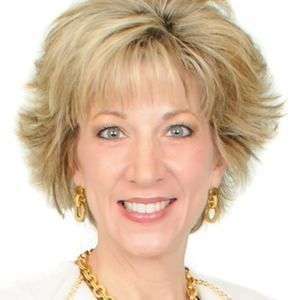 Laura Stack, a.k.a. The Productivity Pro®, helps professionals achieve Maximum Results in Minimum Time®. For over 20 years, her keynote speeches and workshops have helped leaders boost personal and team productivity, increase results, and save time at work. Laura is the author of six books, most recently Execution IS the Strategy. Widely regarded as one of the leading experts in the field of performance and workplace issues, Laura has been featured in the Wall Street Journal, the New York Times, and USA Today.