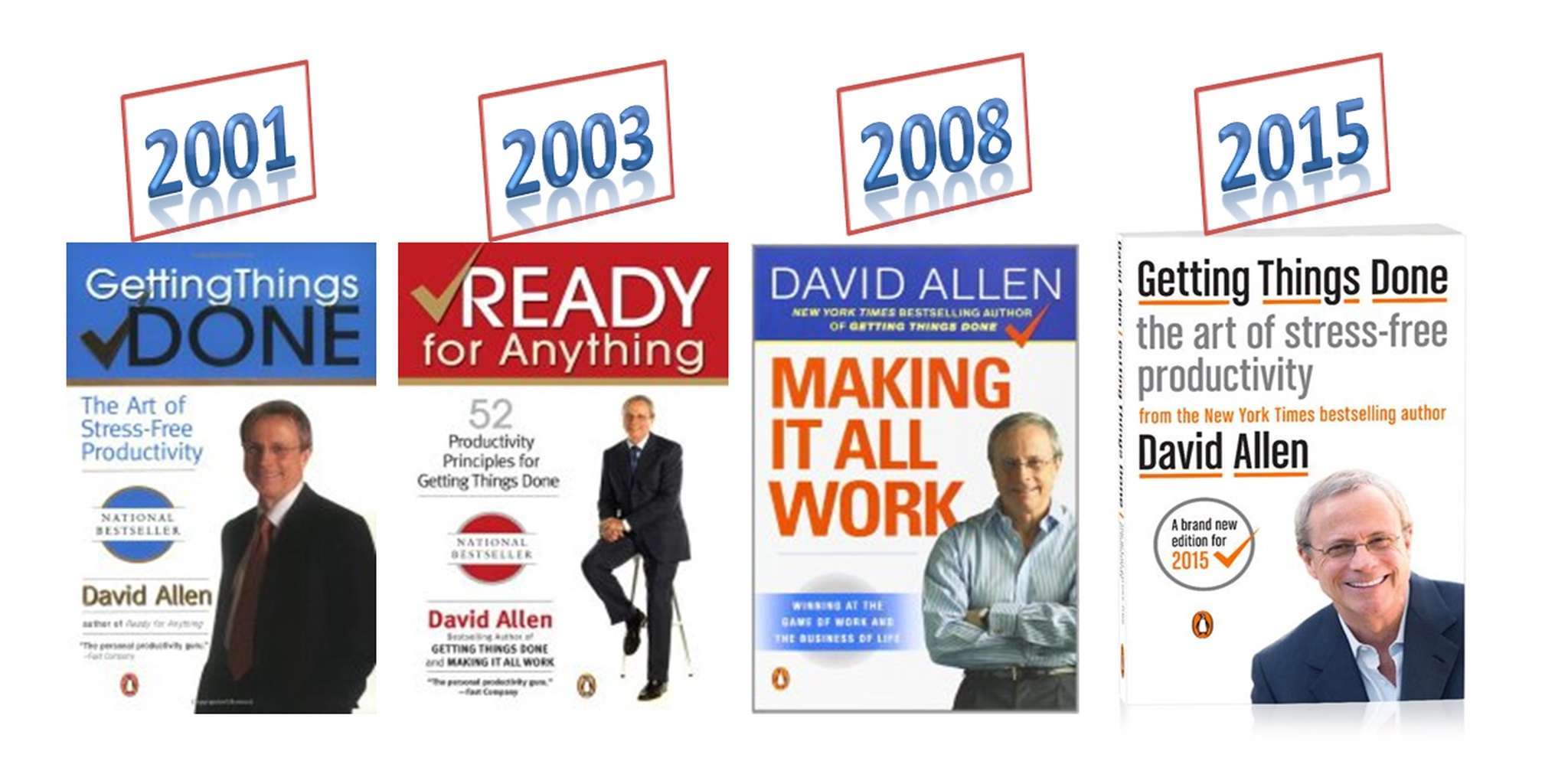 My comments on David Allen's bibliography

David Allen has has been writing the same things for 14 years. Actually, his recent (fourth) book Getting Things Done: The Art of Stress-Free Productivity is not a new one but a 2015 reviewed edition of his first best seller. And though I know positively that I will read something essentially similar to what I have read before… I have already ordered my copy!

His first Getting Things Done book was published in 2001 and took him four years of trials and drafts until his editor turned the green light on. It’s a XXI century book, but it is still imbued with the 1990s environment. David had just failed in a technological business based on software developments for the Palm Pilot… Don’t know what a Palm Pilot was? That is exactly what I mean when I write “1990s environment.”

The author insists on adopting GTD based on non-technological methods. He even devoted a whole section of the book to materials you needed for what I call the GTDay, the day you finally decide to begin implementing the method. Folders, paper trays, stapler, label printer….

It may sound old fashioned, but I think one of the reasons behind the success of the GTD lies precisely in that: a design that is suitable for both non-techie profiles and apps lovers.

The second publication came out in 2003. Ready for Anything: 52 Productivity Principles for Work and Life definitely is not a good book. In my opinion, the author, gladly surprised with the power of his invention, decides to catch the wind of the moment and keep on selling books. Besides a few interesting quotes, it does not bring anything new. It is what a friend of mine calls “an airport book.”

Afterwards, Allen fortunately decides to focus on the David Allen Company, giving talks around the world and answering interviews to the media. He collects the “street level” effects of GTD and prepares the 2008 forthcoming book: Making It All Work: Winning at the Game of Work and Business of Life. For many GTD trainers, it is the best one.

In my opinion, its best contribution consists in reinforcing the validity of the method. No more… and no less. It emphasizes the concepts of Control and Perspective and it adds some interesting annexes. But after seven years of experience since the GTD phenomenon birth, the only significant changes David proposes in his third book are related to the verbs used for describing the five steps: capture instead of collect, clarify instead of process, reflect instead of review, engage instead of do. Organize continues to be organize.

José Miguel Bolívar, one of the most acknowledged GTD disseminators in Spain, considers these changes to be very important. Certainly, like in agile methodologies, the final result improves with every new sprint.

In short, when I help knowledge workers to better organize themselves by means of GTD, my recommendation is to begin reading the first book, forget the second one and, after some time, review concepts with the third.

What can we expect from the new edition? The same basis with a new presentation. For sure, it is a good training exercise for old GTDists and an invitation for new ones. It provides a more technological approach and, above all, the very comforting sensation of stability in stormy weather. Such an important tool for the life of so many people still works in an (even) more complex environment than the one we had in 2001, when David’s first book came out. 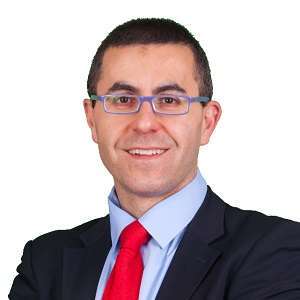 Rafa García helps knowledge workers improve their self-organization. Rafa is inspired by a combination of the best classical authors, cutting-edge technology and his engineering background. García is committed to a practical and realistic approach. Rafa and his wife Bea work hard raising their children, Dulce and Miguel, in the beautiful city of La Coruña, Spain.