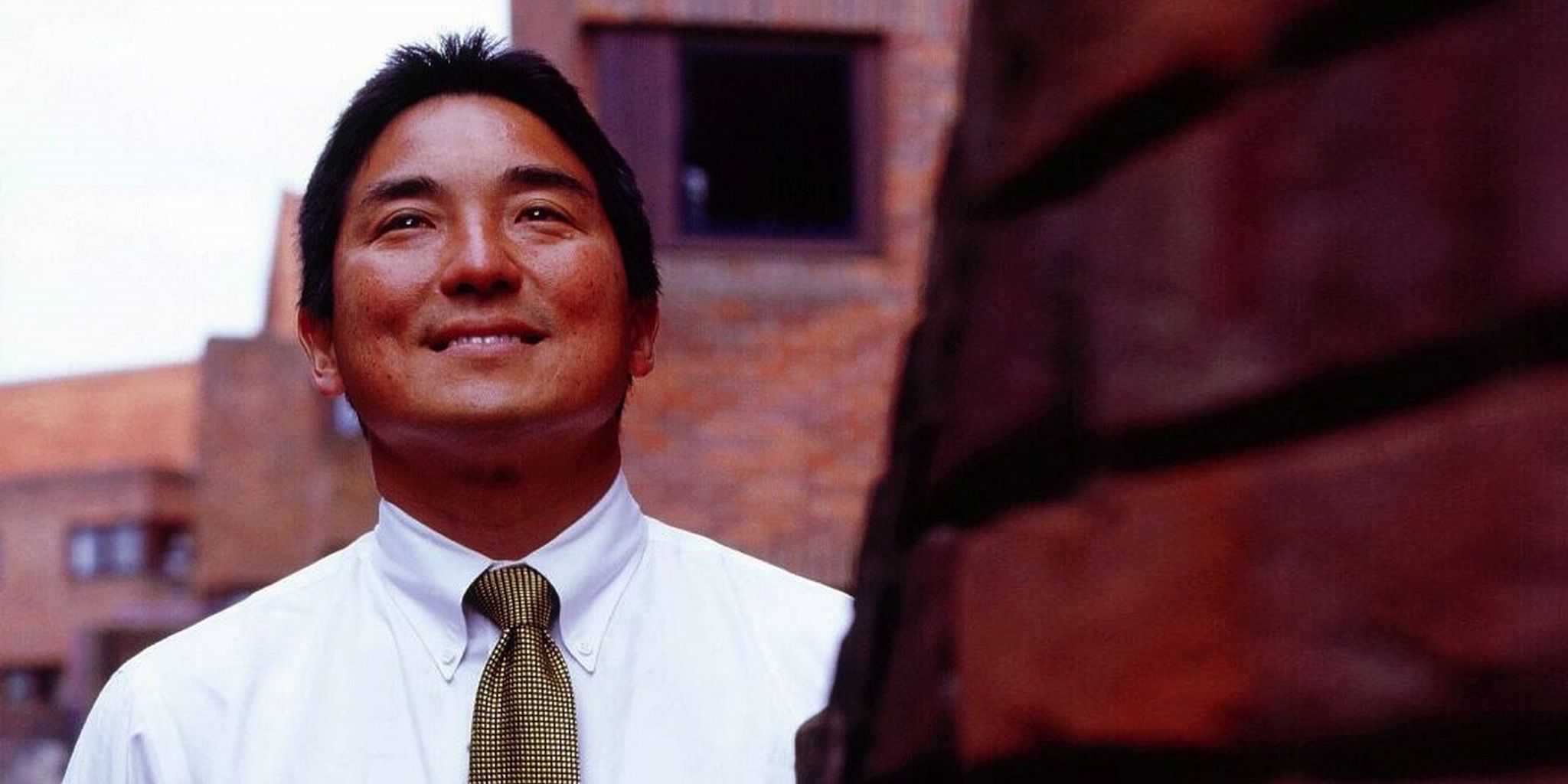 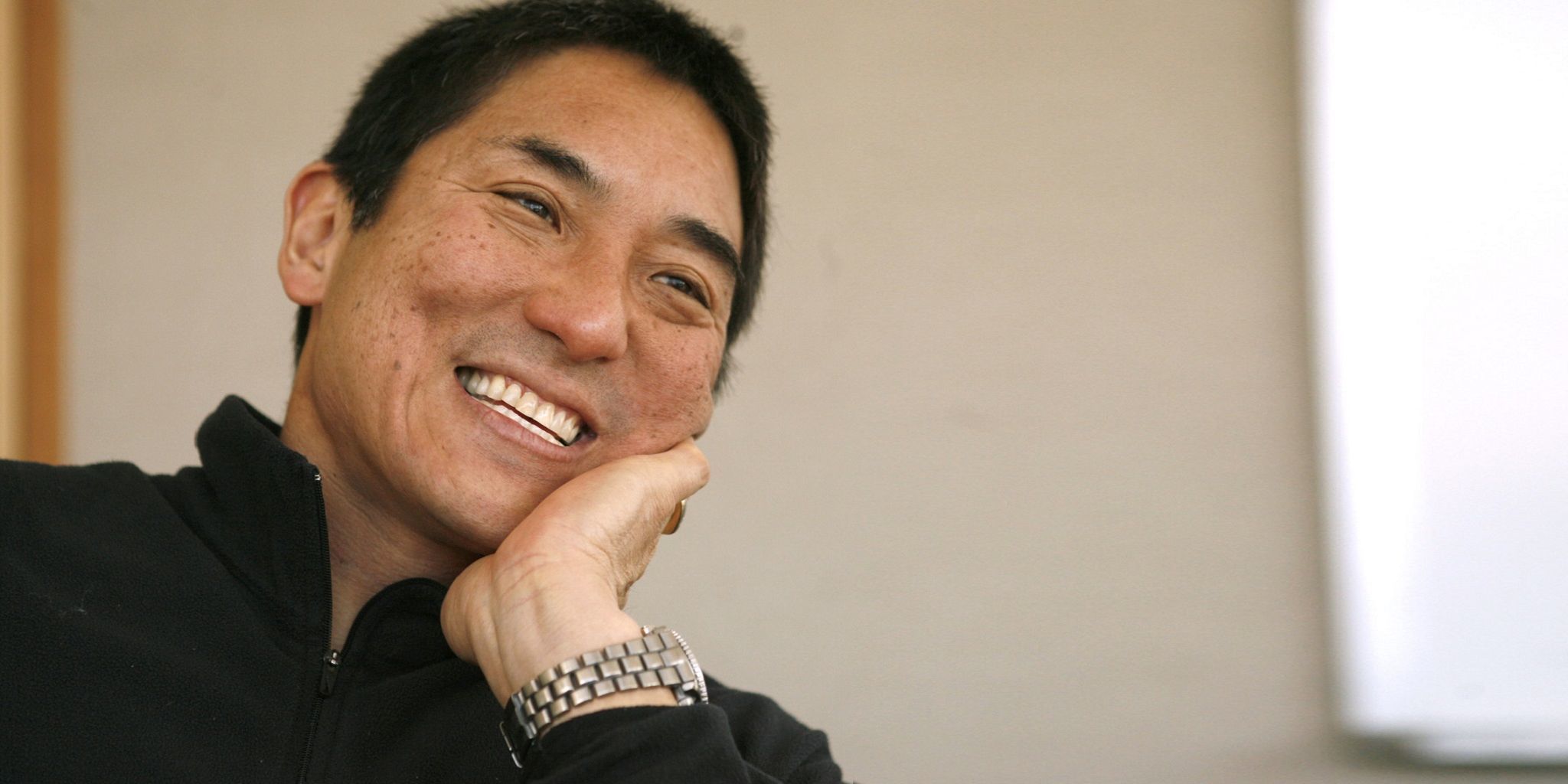 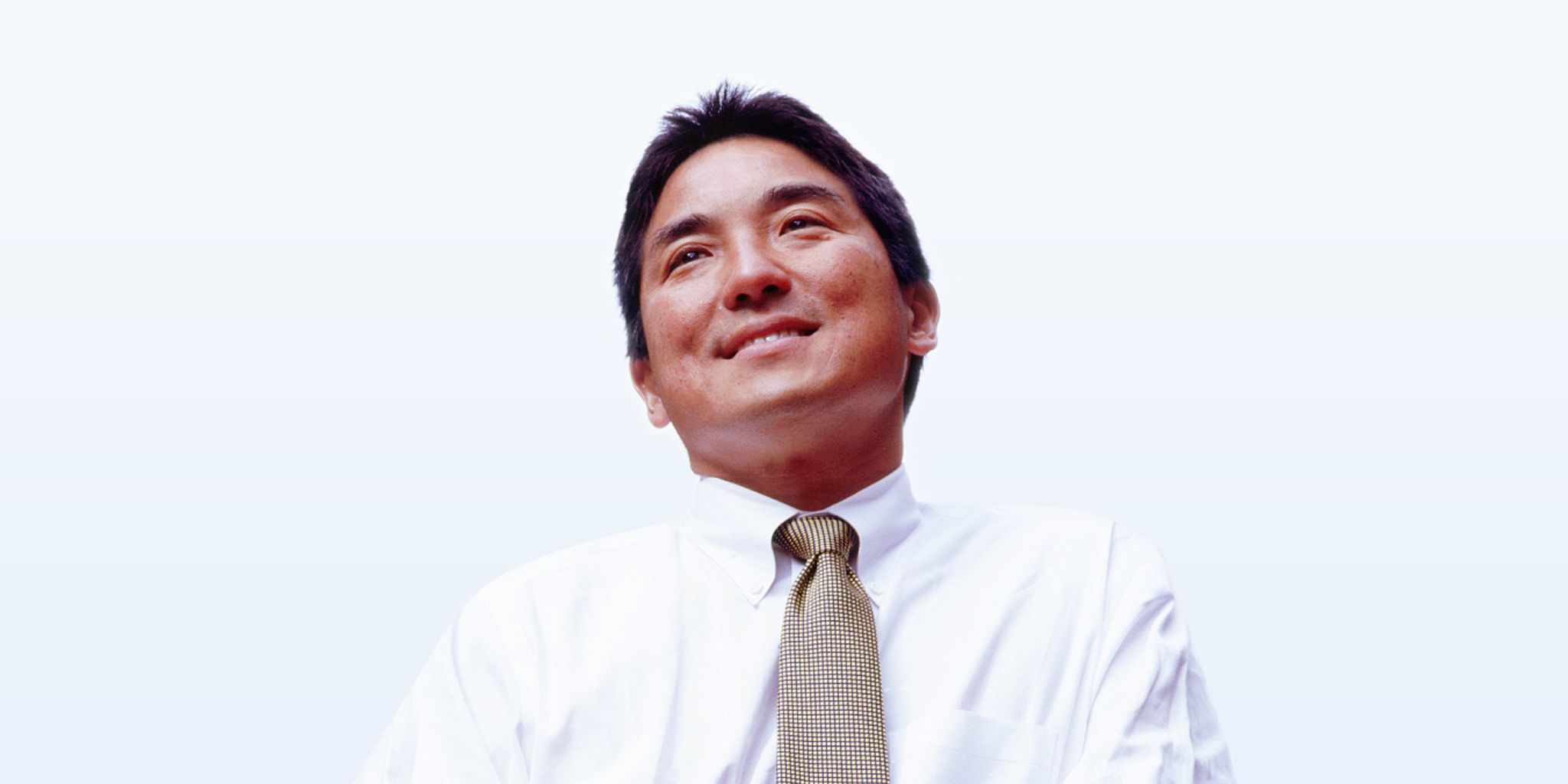 Michael Sliwinski: I can’t conduct an interview with you without talking about the “Apple time” in your life. How did it happen that, from a “jewelry salesman”, you transformed into hi-tech Mac-evangelist?

Guy Kawasaki: In one word, the answer is “nepotism.” My college roommate hired me into the Macintosh Division to work for him. Steve Jobs must have been out of the office that day because on paper I had neither the work nor educational background for the job.

This experience illustrates an important point about productivity and hiring: sometimes one should look beyond the lack of a perfect background. What’s as important as work and education is whether the person “gets it” and “loves it.” I got and loved Macintosh from the first moment I saw it in 1983.   The flip side is also true: people with the perfect backgrounds who don’t get it and don’t love it can fail. Ideally, you’d like the right background and a love of the product, but most companies focus on only the former. My ranking of importance is: get it/love it, work experience, and then educational background.

Michael: If you believed so much in Apple, why did you leave in 1997 - just when Steve Jobs was coming back? Didn’t you want to change the world with him?

Guy: It’s a long story: an entrepreneurial opportunity presented itself that I couldn’t resist, and Apple with Steve Jobs didn’t need little old me to succeed–as history has clearly shown!

Michael: Taking the step as an entrepreneur, weren’t you afraid of all the potential risks? Giving up the great job with Apple, the company you believed in so much, and starting on your own? Many people fear this kind of leap.

Guy: You have to understand Silicon Valley. Here, people wonder why you don’t start a company, not why you left an existing one. The mentality is very different from most places–and one of the keys to the success of Silicon Valley. I don’t know of a place on earth where failure is more tolerated than Silicon Valley.

Michael: During your career as an entrepreneur, can you list the biggest mistake that you’ve made? What did you learn from it?

Guy: During the dot-com boom times, I over-expanded Garage.com. I had to layoff quite a few people when the bubble burst. I learned that “trees do not grow to the sky”–more tactically, I learned not to expand in anticipation of success.   To this day, this is a very common mistake for entrepreneurs. Most of them spout off about how their “conservative” forecast is that they will achieve $100 million in sales in year three, so they need to build an infrastructure immediately. Suffice it to say, the revenues don’t come but the overhead is in place.   As a rule of thumb, I divide their conservative forecasts by 100 and add a year to the shipping date. That’s proven to be about right.

Michael: Right now the dark clouds of crisis are approaching and the whole planet seems to be affected. No job is secure now and we learn each day of many companies falling. Any tips for entrepreneurs, as well as employed professionals, on how to survive the crisis?

Guy: I wish I had the definitive answer to this question. Right after Christmas, I was at the Stanford Shopping Center. There were three kinds of stores: (a) 50-70% off sales; (b) no sales but no customers; © no sales with customers. The only store in the third category was Apple.   It’s easy for me to say, but there’s a lesson there: create stuff that’s compelling and unique. That’s the key in hard times. We’re in the middle of a drought right now, so maybe you can’t do anything right away, but you can prepare for the end of the drought by keeping this concept in mind.   Also, you have to believe that “this too shall pass.” Business is cyclical, and business is also deceptive because things are never as good or as bad as they seem. This is one of those times that you just have to gut it out. There’s no magical solution.

Michael: It really inspired me when you said “entrepreneurs shouldn’t be focused on making money, but on making meaning”. I’m reminded about it each time I get an email from a user of my Nozbe app saying how it improved their life and how much they can get done thanks to it. Are there still many startups coming to you focused only on making money?

Guy: Don’t get me wrong: approaching a venture capitalist with a pitch that starts off, “We don’t care about making money…” isn’t going to succeed. My issue is the order of priorities: If you change the world, you’ll probably make money. But if you set out to only make money, you’ll probably attract the wrong kind of employees and strive to achieve the wrong metrics.   Obviously, a balance is needed because you can’t change the world if you don’t have revenue — unless you are a not-for-profit, though even these organizations do need donations and that is revenue of a sort. However, when all is said and done, the companies like Apple, eBay, Google, and Cisco that changed the world also make a ton of money.   Returning to the venture capitalist pitch, the right approach is “This is how we want to change the world…. When we do it, this is how we’ll make money…”

Michael: Speaking of apps, I know your killer app is Twitter. I even heard you say you could easily give up your mobile phone but you wouldn’t give up Twitter. Why do you prefer Twitter to your beautiful iPhone?

Guy: I can easily give up my iPhone or any other cell phone. I don’t talk much on my iPhone, and I use it mostly as a portable email and Twitter machine. I’m just not a phone person - when I need a phone, I can use a landline as a substitute or grab someone else’s phone for a quick call.   By contrast, I know of no substitute for Twitter. How else can I reach 144,000 people instantly and for free? Twitter is the best marketing tool since television, and unlike television, you don’t need to spend millions of dollars to buy exposure.

Michael: Isn’t constant Twittering distracting you from daily activities and daily work? I often shut down my Skype, IM, and other tools to make sure I can get stuff done. With you being constantly on Twitter, how do you get stuff done?

Guy: Maybe this is rationalization, but Twitter is not a social diversion for me. It is core to my business. I am in the business of, for example, promoting Alltop right now. Twitter enables me to do that, and the more people who follow me on Twitter, the better I can promote Alltop.   For many people, Twitter is a way to make friends, entertain oneself, and have fun. For me, Twitter is a weapon. In this sense, Tiger Woods approaches golf differently than the weekend duffer. For him, it’s a business—he probably enjoys golf, but it is a business. I enjoy Twitter, but it’s a business.

Michael: Your new book is out: “Reality Check. The Irreverent Guide to Outsmarting, Outmanaging and Outmarketing Your Competition”. How is it different from The Art of the Start? What’s the main purpose of the book? What’s the main message?

Guy: The purpose of Reality Check is to provide a reference book for starting and operating a business. It is the superset of all my writing, blogging, and speaking. There isn’t a single message in the sense of most business books — think of it as more a Chicago Manual of Style for business.

Michael: I must say this new book is quite thick. I’ve heard you say it’s twice as much value as The Art of the Start. Did you want it to be your ultimate piece-of-advice book?

Guy: Yes, to use another book analogy, it is to me what Management was to Peter Drucker — not that I’m saying I’m a Peter Drucker! Many business books are one idea stretched to 200 pages. Reality Check is 200 ideas stretched to two pages. People shouldn’t read it once, put it down, and never come back to it. It’s a reference that you come back to over and over as you encounter new challenges.   For example, there’s a chapter that explains how to look good on a panel if you’re ever on a panel. You might not need this information right away, but someday you may be on a panel at a conference. Similarly, you may not be pitching venture capitalists right now, but someday if you do, you need to read the 10/20/30 rule of PowerPoint that’s in the book.

Michael: I’ve read raving reviews about the book. Seth Godin tells us to buy two (or even more) copies of it. But there have also been critics saying the advice you’re giving is “too obvious”. I actually believe very much in re-discovering the obvious, that’s what Productive Magazine is all about — to re-discover the obvious productivity principles and give you a kick to apply these. What’s your take on that?

Guy: Ten books a year would be published if not for “re-discovery.” Actually, that’s an exaggeration — it would be five. If my advice is “too obvious,” why are many companies doing so many silly things? As your magazine shows, there’s knowing the obvious and doing the obvious. The two are different.

Michael: OK, your new book is out. You’re a bestselling author, a successful entrepreneur, a family man with four kids, and an Apple legend. So what’s on your schedule now? What inspires you to continue and grow, or as we GTD people would ask: “What’s your Next Action?”

Guy: My next action is to make Alltop, my “digital magazine rack,” successful. The goal is worldwide domination of RSS. The meaning I want to make with Alltop is to enable people to find more relevant information in an easier way than using a search engine.   GTD fans love Alltop because it is such a timesaver. We take 450 topics and aggregate display the five most recent stories from the best sites and blogs. For example, we have Alltop when you can read the best selection of GTD and lifehacks content in a glance. Talk about getting things done!

Check out the books by Guy Kawasaki. Here is one of them: Reality Check: The Irreverent Guide to Outsmarting, Outmanaging, and Outmarketing Your Competition 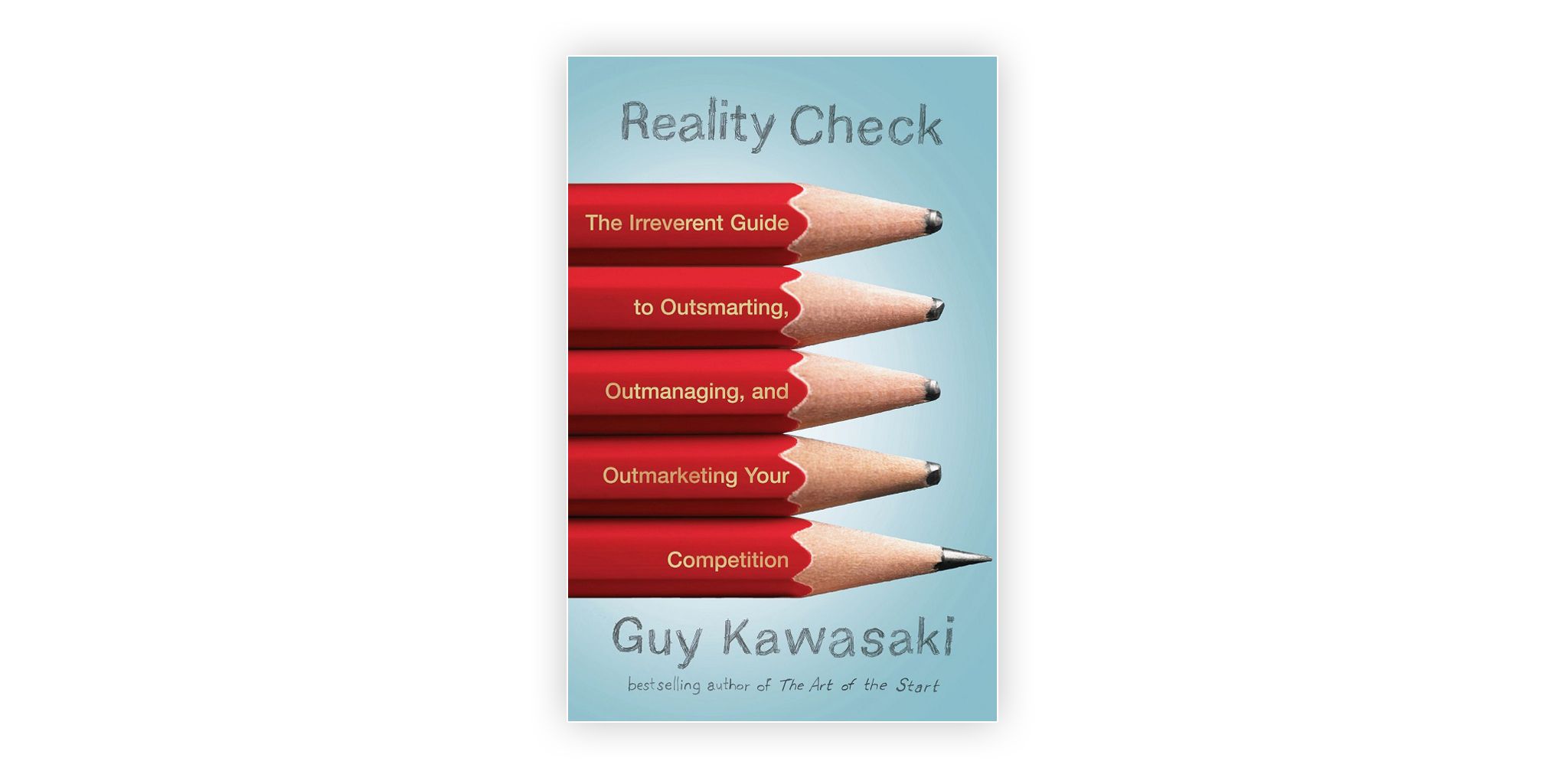 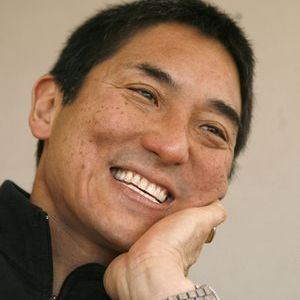 Guy Kawasaki is a managing director of Garage Technology Ventures, an early-stage venture capital firm, and a columnist for Entrepreneur Magazine. Previously, he was an Apple Fellow at Apple Computer, Inc. Guy is the author of nine books including Reality Check and The Art of the Start. He’s also an Internet celebrity with 1.4 million followers in Twitter where he’s promoting Alltop — an “online magazine rack” of popular topics. Both Guy Kawasaki and Michael Sliwinski will meet in person for the first time this March, where they have been invited by David Allen to be panelists at the first GTD Summit in San Francisco.