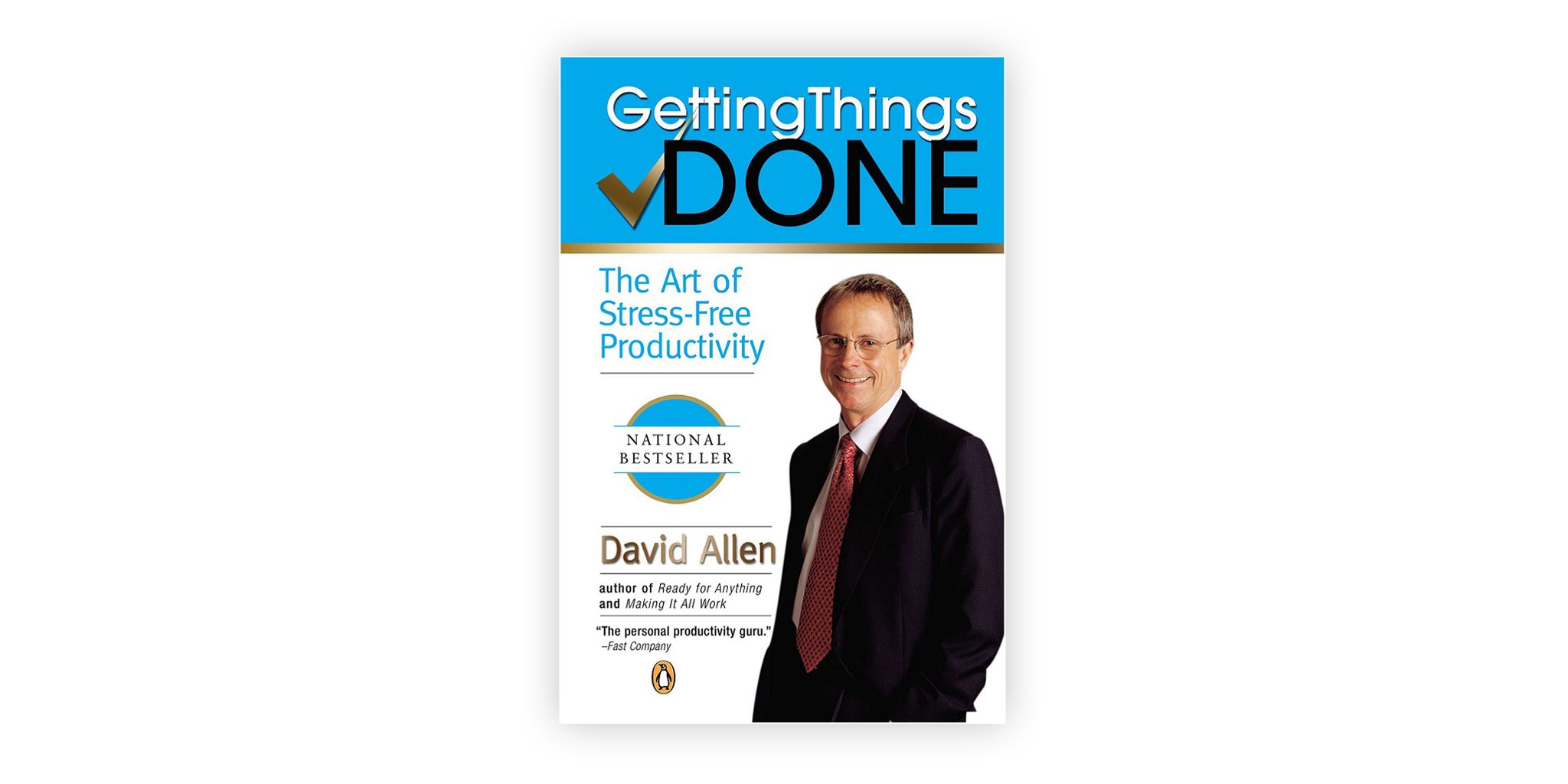 I had a friend that used to always admonish people to step up the stairs, not stare up the steps, and I’m continually reminded of that when I look at what you’ve done with GTD. Really you help people take a lot of what’s overwhelming them and break it down into manageable chunks.

David: The interesting thing with all this stuff is that if you go top down you never get down [to the bottom] but if you go bottom up and build toward the top from the bottom where it’s nice and grounded, if you know how to process your own in basket and your own ideas and get clear on that most mundane level and build up from there, you’ll know how to get clear on every level. As you now, it’s a holistic model. You don’t need to start anywhere; It’s not a linear model it’s really “which part of the model do you need to work on?” but you can’t really ignore any of it. Our approach is to start with what has your attention, not what should have your attention, because what should have your attention can’t really be dealt with until you’ve addressed what does have your attention.

The late Marc Orchant always used to say — “if you have 10,000 things in your email inbox then you have 10,000 different bosses all pulling at your attention.” Of course I didn’t really believe him (and I always had about 9,000 things in my inbox) but once I was finally able to get my inbox under control and even get it to zero I saw the difference in my ability to focus on the task at hand and not get distracted. The flipside to that is that now when my inbox starts to creep towards having more than a few messages in there that I haven’t processed yet I find THAT to be a distraction!

David: I’ll give you a scoop — this is something I haven’t put into an essay or anything, and it’s a big one. You’ve heard of efficiency versus effectiveness? That is doing the right thing as opposed to doing the thing right. Everyone pooh poos the doing the thing right — “yeah but you want to be doing the right thing”? The truth is that process is harder to change and learn than your focus. It’s easy to shift your focus on to the right thing; it’s a pain in the ass to change how you get that done! You know that’s why I think GTD has hit such a nerve. I focus more on the process piece and this is what I think people find so challenging to grow as well as to change their behaviors to make that happen. See if I make you highly efficient at getting anything done, you can change your focus on what you want to get done in an instant. Now that’s a bit of a simplistic way to say it since we’re all going to resist taking on bigger things and challenging ourselves and getting out of our comfort zone. You know, all the venerable “golden goodie” stuff about motivating and goal setting and mission and purpose and vision. This doesn’t denigrate the power of what all that’s about. Again if I can get you to do well what you’re doing well and now just shift your focus so that you’re doing the right thing well, that’s easier than somebody saying: “I know how to focus on the right thing but I don’t know how to get anything done”.

Did you read the GTD book by David Allen? Do you apply any of the GTD principles in your life? Or do you have your own way of getting things done?

I’m a big follower of GTD methodology — are there any parts of GTD which you’d say are more important than others in helping us, busy professionals, work less and do more? Which concepts of the GTD method work for you?

Stever: I used GTD for years and love many parts of the system. My favorite concepts are achieving a Zen mind by having a trusted system you can put everything into, and having a someday/maybe list for things that aren’t actionable right now.

I’ve adopted a different task-list management system, however. I use Autofocus 4 by Mark Forster. It’s much, much simpler than the GTD system, it includes right/left brain components for motivation, and it has a built-in mechanism to make sure everything gets done or dropped. There’s no weekly review necessary.

Michael: I think, and I have written about this before, it’s really important to use a to-do list manager as your command center. So to begin and end the day with what it is you are setting out to accomplish. One of the things that I love about Nozbe is that it is so seamless in my work flow now. And, as I have told you, I’ve converted from another Mac program primarily because it wasn’t in a cloud. The thing I like about Nozbe is that wherever I am, if I have any kind of a device with me.. whether it is an iPhone or an iPad or my Macbook Air, I’ve got my to-do list. And this is how I really have to work. I cannot be away from my desktop and leave my to-do list behind. So I think that’s is the big secret. People have to find the right software and something that is going to follow them around everywhere, and that is what is so great about the software you’ve created, is that it does just that.

Now, let’s talk about Getting Things Done. Tell me which aspects of GTD actually speak to you?

Jason: So, I’m not a huge fan of systems personally. What I like about the GTD is that if forces you to really figure out what you really need to do. And this whole thing about knowing what you don’t need to do right now, like Someday/Maybe, I like that but in general I’m not a big fan of set systems as I think people are sometimes too religious about them. And they become so enamored with the system itself that they actually create more work for themselves because they have this system they want to fill up with things to do.

Jason: Yes. So the way I tend to do things is to keep in my head a few things I need to do and I sort of forget about other things, and then important things keep coming up again and I have to do this. Now this also means I miss some things sometimes. And that is not good, but I just found that I have never been able to be religious about a system and then the harder I try the less stuff I seem to get done for some reason. Because I create more and more work for myself.

If you have a bookshelf, you have to fill it with books. So if you have getting-things-done-like system you have to fill it with tasks. So sometimes you create more work for yourself then you actually have to. That’s been my experience. I like forcing myself to not keep track of everything. If I don’t have a system in place I can’t remember a lot of things, so I tend to have only few things that I need to do. I don’t have day-long list, I have short lists. So that what works for me.