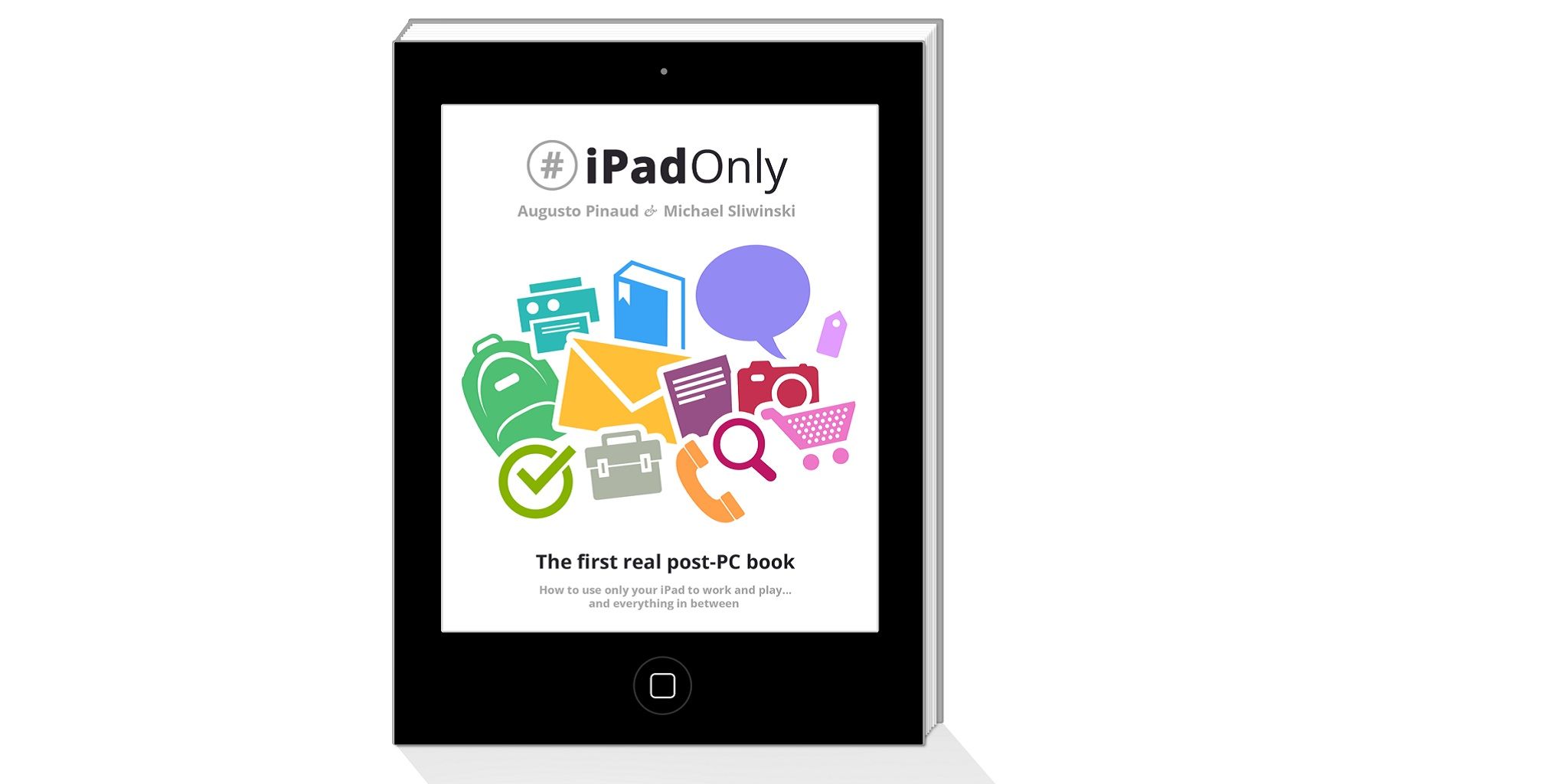 On January 27, 2010 Steve Jobs announced the iPad. He began the introduction with the following quote by the Wall Street Journal: “Last time there was this much excitement about a tablet, it had some commandments written on it.”

Everybody laughed and expected Steve to show off his new gadget right away. He kept the audience waiting and started asking them if there was room for a third category of devices, something between an iPhone and a Mac. According to Jobs for a device like that to make sense, it needed to be far better than a smartphone or a laptop at doing some key tasks. “Far better at doing some really important things,” he said. Like browsing the web, processing email, enjoying and sharing photographs, watching videos, listening to music, playing games or reading ebooks.

Apple didn’t stop there. They wanted the iPad to excel at many more tasks by making sure they had the software ready for this new category of devices as well. Together with the iPad, they introduced the iWork productivity suite (something similar to Microsoft Office) tailored especially for the touch screen of the iPad. Later, before the iPad shipped, they convinced the developers to build iPad-native apps — to convert their current iPhone apps and rebuild them to take advantage of the bigger screen.

Both of us (Augusto and Michael) went #iPadOnly. Basically, this means we are now working on the iPad almost exclusively. By ‘going #iPadOnly’ we mean: ‘performing most of our key tasks on the iPad’. Not only the tasks Steve Jobs mentioned. Practically all of them — we’re working more than 80% of the time on the iPad and we are having a blast in the process.

The first iPad began paving the #iPadOnly road. Along with the iPad 2 and an ever-increasing amount of iPad-specific apps, working #iPadOnly started to make more sense.

Later the same year, at the D8 Conference, Steve Jobs famously said: “PCs are going to be like trucks.”

What he meant was that the ‘mainstream computing’ as we know it is going to change. People will prefer to use tablets and smartphones as their ‘computers’ and only the skilled professionals will need ‘regular PC’s’ for their work. Not only do we share this point of view but we also know that many more professionals than Steve envisioned can use the iPad. We know it, we manage to fit all of our work into this machine and we love every minute working on it.

Our journey started with our blog posts about our gradual shift to the iPad. We both labelled them on Twitter with an #iPadOnly hash tag — this symbolizes a new category as well as a movement. We believe more and more people will be switching to their iPads as their ‘main machines’ in the future. We know it’s already happening. That’s why we believe in the #iPadOnly movement and we decided to add a ‘#’ (hash) symbol to the book title - to manifest this new movement and paradigm shift.

When Augusto got his iPad…

It was April 2010 and he never thought it would be his main machine so soon. He was in love with his iPhone (you may call him an ‘Apple’ or better yet a ‘Steve Jobs fan boy’). Holding the iPad in his hands, he was sure that Steve Jobs’ vision was going to take us somewhere. He just wasn’t expecting that it was going to be so far. Just a few months later he was performing most of his key tasks on the iPad.

When Michael got his iPad…

It was May 2010. Michael loved it as a ‘media consumption’ device and nothing more. However, just two years later, instead of upgrading his beloved MacBook Air, Michael decided to see if he could go #iPadOnly. He ordered the new iPad and never looked back.

We started writing about #iPadOnly on our blogs

We loved our transition to the iPad so much that we started sharing it on our blogs independently. Michael had his ‘iPadOnly series’ and Augusto ‘How I work on my iPad’ series. Once we discovered how much fun going #iPadOnly was, we wanted to share it with everyone.

Both of us are also productivity buffs. We share our passion for ‘Getting Things Done’ methodology (known as ‘GTD’) so we wanted to ensure we were working more productively on our iPads than we were on our regular computers. Suffice to say that once we got the hang of working #iPadOnly we were a lot more productive.

When Michael realized #iPadOnly was much more than he expected and that he wasn’t going back to his laptop anymore, he fired an email to Augusto saying they were onto something and had to write a book together. Augusto agreed immediately.

We wrote this book for you.

We decided to co-write this book to share our experiences working #iPadOnly. The good, the bad and the ugly. Not only has it been super fun to write, but also we discovered much more in the process.

We stopped doing some things that we were doing before we began writing this book. We simplified, improved and changed our workflows in the process. Writing this book together has been an opportunity to see, evaluate, re-test and acquire new assumptions on why and how this idea of #iPadOnly is really cool and necessary. It’s been a great ride.

We questioned our assumptions.

All too often people fight change. They use the same tools for years without challenging themselves to try something new and re-evaluate what they are doing. ‘If it ain’t broke, don’t fix it’ they say. Maybe they are right, but maybe every once in a while we should break something or question an assumption in order to find a better and more fulfilling way to achieve the same goal.

Augusto was always astounded by the fact that Michael was re-doing his home office every year. He thought Michael was wasting his time. He finally understood why when they began co-writing this book. By remodeling his home office Michael was forcing himself to see in minute detail what worked for him and what didn’t, and more importantly, what stopped working and should be removed. Augusto, in the spirit of not wasting time and playing instead of working, was avoiding change to things that were working. Now he decided to follow Michael’s lead and will schedule a regular yearly ‘re-evaluation’ moment. For him, it’s coming right after publishing this book.

Now it’s time for you to remodel your work.

We believe most busy professionals, including you, can work #iPadOnly. We think you should question your old assumptions and see if you can work almost exclusively on this ‘magical’ device. Not just for the sake of it. Going #iPadOnly will force you to simplify your work, make it more rewarding, and in return, more fun. It’s a new paradigm shift and it’s simply amazing. This book will serve as your blueprint. In the coming chapters we’ll show you what our #iPadOnly transition looked like, what we changed and what we tweaked. We’ll also demonstrate which apps, services and accessories we used that facilitated our transition to the #iPadOnly world. Hold tight — it’s going to be a great ride.

Michael Sliwinski is the editor of the Productive! Magazine, founder of Nozbe — a time and project management application for busy professionals and a best-selling author of the #iPadOnly book. Augusto Pinaud is a writer with two fiction novels and a best-selling “25 Tips for Productivity” book. He lives in Fort Wayne, Indiana, is married, has a little girl and three dogs to keep him company.