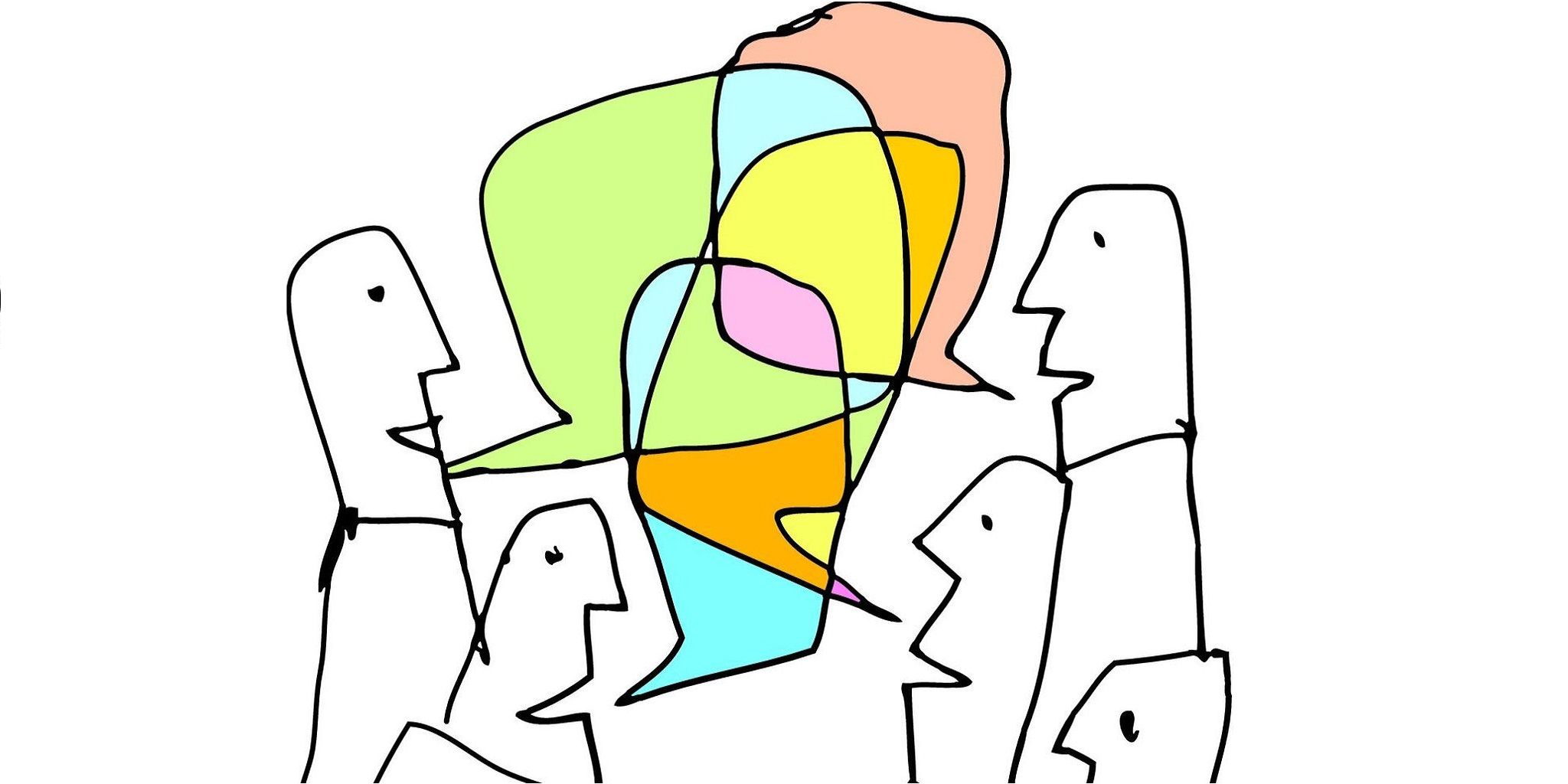 Your wording is a critical productivity tool

One of the factors that sets human beings apart from the rest of Creation—that has, in fact, helped make us the dominant species on this planet — is our ability to communicate in great detail, with a minimum of confusion and unproductive “noise.” That said, it’s amazing how easy it is to fail to communicate properly.

The annals of history are replete with episodes of poor communication (or a complete lack thereof) that led to widespread misery and pain. On a lesser scale, individuals and businesses have to deal with miscommunication issues every single day; and in the workplace, such issues can have a severe impact not just on individual productivity, but on the overall bottom line.

Even when the lines of communication are wide open, you can fail to communicate if you use the wrong words in the wrong way, or simply use too many words. Beating around the bush, couching your message in obscure terms, or burying it in a mass of unnecessary verbiage may cause mental static in the people you’re trying to communicate with, resulting in confusion and irritation. At best, this will slow them down; at worst, they may ignore you altogether. Either outcome will damage productivity, both yours and theirs.

Therefore, whether you’re communicating with employees or superiors, you have to make every effort to get your point across with a minimum of noise. It’s crucial to choose your words with great care, so that you can say precisely what you mean as directly as you can without being curt or offensive. Let’s look at several ways to accomplish that.

Get straight to the point

Have you ever tried to discuss something with someone who rambled, refused to be pinned down, or liked to dance around the subject? If you have, then you know how annoying it can be — and how non-productive. Maybe the speaker was afraid you’d be angry or upset if he came right out and said what he had to say; maybe he simply wanted attention; or maybe he just liked to listen to himself speak.

The reason why doesn’t matter. It doesn’t even matter if the person was amusing or instructive to listen to, as some ramblers are. What matters is that they wasted your time, and theirs, by not getting straight to the point. You don’t want to do this to other people, so your communications, especially your written ones, should be brief and concise.

Some people avoid terseness because they don’t want to seem rude; and admittedly, verbal interaction is often necessary, or at least useful, in the workplace as a form of social lubrication. There’s no doubt that politeness pays, and that you should do your best to stay in your co-workers’ good graces by being genuinely nice. Nonetheless, in most workplace situations there’s no excuse not to get right to the point. You can smile when you do it; this should take the edge off for those who are easily offended.

If being straightforward is a problem for you, practice what you want to say in advance. Take a results-oriented stance, envisioning exactly what you’re trying to achieve. Then edit your message toward that end (mentally in the case of verbal communication, literally in the case of written words) to make it plain and specific. Tweak your message as necessary to avoid sounding brusque, then deliver it assertively, as simply as possible.

Some people just can’t seem to deliver any message, especially a request, firmly and directly. They hem in everything they say with so many qualifiers — “what if’s,” “maybe’s,” and “could be’s” — that ultimately, what they’re trying to say gets lost, causing the recipients to waste time on interpretation and clarification.

In other cases, the bad communicator hedges the message with terms that make it seem less important than it might actually be. Instead of simply telling the IT Department that they need a certain backup file right away, for example, they might say something like, “Um, if you have a chance, could you pull this file for me? No hurry.” This gives the recipient the opportunity to ignore the request or push it down the priority scale if they want, no matter that it’s urgent to the sender…because that hasn’t been made clear.

Some people hedge and qualify out of habit, often because they simply don’t want to commit themselves to a specific point or course of action. Some qualification is unavoidable, especially when the information you’re imparting is based upon the actions of people you have no control over, or the situation is simply uncertain. But again, you can avoid the worst of the problem by delivering your communications assertively and as simply as possible, without unnecessary frills. Avoiding uncertainty or hesitation. Use the active tense rather than passive: say things like, “I need this file…” rather than “This file is needed…”, because it sounds more direct and imperative.

Make your requests and requirements plain

The bottom line with workplace communication is that it must be as simple and unambiguous as humanly possible…and there’s the problem. It’s easy to advise someone to say only what needs to be said, but it’s not always obvious how much that needs to be.

It’s possible to be too terse in an attempt to be clear and direct. If you tell someone, “I need information on the Jones account,” that’s direct, all right; but you’re being too vague, because you haven’t asked for enough. Which Jones account do you mean? Furthermore, what information do you need? Everything in the whole file, or just this year’s financials? And when do you need it — within the next hour or sometime in the next week?

In general, your language should be simple and easy to understand. Don’t address someone like they’re a third-grader, but on the other hand, don’t use fancy words just because you can — and avoid overusing jargon when it’s unnecessary. Before you refer to something by an acronym or an abbreviation, be sure that it’s a shared term.

Acknowledgement in all directions

In the military, someone who receives a verbal order is often required to repeat it back immediately to acknowledge that they received it. This is especially true in the Navy. It’s standard operating procedure for a simple reason: if a message is poorly relayed and the wrong action taken, the results can be disastrous.

Your personal miscommunications may not have devastating results, but they can certainly damage productivity. Therefore, acknowledgement of those communications is absolutely essential. When you receive a message from someone, whether they’re above or below you in the chain of command, acknowledge it as quickly as possible. (For superiors, I would recommend that you do so immediately).

Similarly, request an acknowledgement from anyone you send a message to; and if they don’t respond, be proactive about acquiring that acknowledgement. No need to be impolite, just assertive and persistent. Send them a nudge by email or pick up the phone and say, “Hey, I sent you a message about such-and-such yesterday. Did you get it?” It’s possible they didn’t. Maybe it passed under their radar somehow, or the technology you sent it by just happened to fail you in this instance. This happens occasionally, as all of us can attest. You can’t let anyone use the claim that they didn’t get a message as an excuse for not getting something done. Get an acknowledgement — not just so you can cover yourself later, but so you can make sure that they understand what you need and require, and so that you know that they comprehend the urgency of your request.

When you communicate directly with anyone in the workplace, your phrasing and delivery must be as clear as possible in order to maximize productivity. Be assertive, plain, and straightforward. Never hem and haw. Don’t use a ten-dollar word when a nickel word will do and avoid jargon when you can. Finally, immediately acknowledge any communications you receive, and strongly encourage acknowledgement from those you communicate with; require such acknowledgement if possible. Make it clear that others can ask questions in order to clarify your wants and needs, and be willing to ask such questions yourself.

While there will always be some potential for confusion in human interaction (we are only human, after all), solid, clear communication at all levels will ensure that such confusion is minimized. If you follow these simple rules, not only will people not have to waste time (and therefore productivity) trying to figure out what you’re trying to say, they’re less likely to mistake what you’re trying to say. Mistakes waste time, and time really is money—so it’s crucial to avoid as many miscommunications as possible. 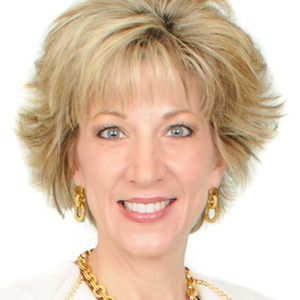